Vic Police to deploy up to 7700 body-worn cameras 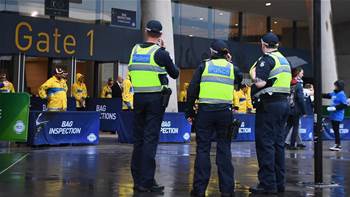 Goes to market ahead of enabling legislation.

Victoria Police will equip its front-line officers and specialist family violence units with as many as 7700 body-worn video cameras over the next three years.

Victoria remains one of the only states or territories yet to introduce the technology to streamline evidence gathering and ensure transparent interactions between police and citizens, despite conducting its first trials as far back as 2013.

Renewed calls for the use of body-worn video cameras (BWCs) came during last year’s Royal Commission into Family Violence, which recommended that Victoria Police trial the devices to collect statements and other evidence from family violence incidents.

It was met with funding for BWCs in the 2016 state budget through the same $227 million police technology fund that has already financed the rollout of 10,000 iPhones and iPad Minis to police and protective services officers, and a new automated intelligence system.

Victoria Police today opened bids for off-the-shelf body-worn video cameras and an associated data management solution that will include camera hardware and associated equipment, such as docking stations to recharge the devices and connect to Victoria Police IT infrastructure.

The first 200 devices will be deployed to general duties members and some specialist units, including the family violence team, in the Western and North West Metropolitan Region during April 2018 pending passage of the Justice Legislation Amendment (Body-worn Cameras and Other Matters) Bill 2017.

Victoria Police plan to evaluate the outcome of phase one “before determining whether to commence with a state-wide roll out of approximately 7500 BWCs, to general duties and other ‘in-scope’ police commands concluding by June 2020”, tender documents state.

It expects the devices to record up to 16 hours of timecoded HD video footage that contains GPS-metadata, be capable of capturing stills while recording video, and pair with iOS mobile devices and applications.

Victoria Police also want the device to begin automatically recording in a number of situations, such as when an officer’s firearm, Taser or capsicum spray is removed from its holster, a radio call is made, or from a gesture.

The supplier will be required to work with Victoria Police’s outsourced IT provider Kinetic IT for the deployment of the devices.

Victoria Police is planning to award a contract in March 2018 that will run for up to five years.