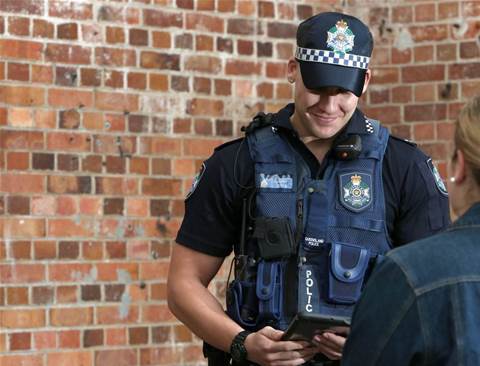 The Queensland Police Service will almost double the number of body-worn video cameras used on the beat by December this year.

Police minister Mark Ryan today announced a second stage of the rollout that will see the number of devices used across the state grow from 2700 to 5100.

The first stage of the rollout during 2016 distributed the devices to 94 operational units in 26 police stations, which is still the largest rollout of body-worn cameras across Australia and the third largest worldwide.

Stage two will deliver devices to a further 142 police stations statewide.The full list of sites that will soon receive the devices can be found here.

The Axon Flex devices, manufactured by Taser, record or 'buffer' continuously during a shift, but only begin to save the footage when activated by an officer. They can store up to nine hours of recordings, and are equipped to automatically save the 30 seconds of footage prior to activation as well.

Chief commissioner Ian Stewart said the cameras save officers a minimum of 10 minutes each shift.

All devices are funded through a $6 million investment in the in the 2015-16 state budget that the Palaszczuk-led Labor party had pledged in the lead up to the January 2015 poll.

QPS has also introduced the most developed rules governing use of the cameras. Cops are required to activate the cameras when they exercise a police power or apply the use of force.