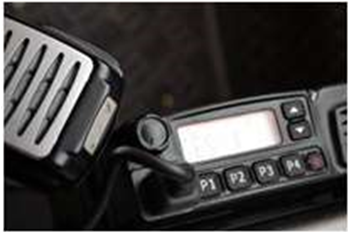 The Victorian Country Fire Authority has partially suspended the rollout of its digital radio network to the state's last remaining regions due to coverage issues.

The emergency services agency began rolling out the network to its regional and rural fire brigades in 2014 after awarding Telstra a multi-million contract for its build the year before.

The network heralded the introduction encrypted communications, blocking criminals from using radio scanners or police scanner to intercept the network, while providing greater network coverage and audio clarity to crews on the ground.

With the transition of CFA regional districts, Victoria Police, Melbourne Fire Bridge and Ambulance Victoria now complete, the agency has moved on to the state’s outer metropolitan districts - the last area to remain on the analogue network.

A staged roll out of the network is currently taking place in across two districts (7 and 8) in the South West and South East , and two more (13 and 14) in the North East and North West.

But the United Firefighters Union (UFU) last week said “significant issues” with the network had seen the CFA suspend its use in the state’s North West, forcing firefighters to revert back to analogue channels to communicate.

“The UFU has been made aware of significant issues with the recently introduced Digital Radio Network, particularly in District 14,” it said in a bulletin.

It said that the issues included “blackspots in network coverage (including when firefighters have entered structures) that have resulted in failure of fireground communications”, which were a “serious safety issue”.

A CFA spokesperson confirmed the coverage issues, which were “identified during the testing and roll-out stages in District 8 in the South East and District 14 in the West”.

“The transition has been delayed while CFA works constructively with Emergency Management Victoria to ensure optimal coverage across the districts,” the spokesperson said.

“A final transition date has yet to be determined at this stage but we will continue to keep the district informed.”

Despite other emergency services also using the network, iTnews understands the issues are limited to CFA.

Both Victoria Police and the Victoria State Emergency Service completed their transition to the digital network from the StateNet radio network last November after receiving funding in the 2015 state budget.