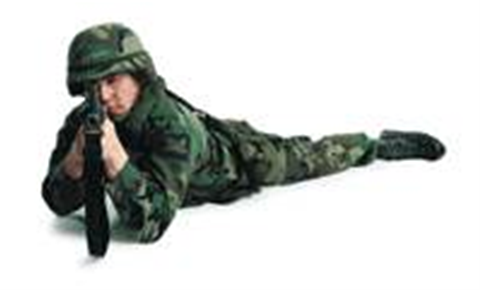 The US military is investigating the use of virtual reality simulators to provide a safe venue for training medical personnel in high-stress, high-workload combat conditions.

Researchers from Old Dominion University in Virginia argue that such simulations can provide safe and controlled environments that can help military medical staff practice skills under battlefield conditions.

Due to be presented at the 50th annual meeting of the Human Factors and Ergonomics Society on 20 October, the scientists will reveal the results of a study based on the performance of 15 medical students performing an emergency operation while under virtual fire.

The students had to conduct a chest tube thoracostomy on a mannequin in a Cave Automatic Virtual Environment while surrounded by visual and auditory depictions of gunfire, explosions and a virtual sniper.

A thoracostomy involves the insertion of a tube into the chest cavity to permit fluid to drain.

The students performed the surgery under day time and night time combat conditions, and demonstrated that they retained the necessary skills for the procedure when tested again four months later.

According to the researchers, the students' completion times showed that they could perform the surgery efficiently, but that the quality of their work suffered.

Those who performed the procedure faster were more susceptible to the virtual sniper fire.

Furthermore, the stress created by the simulated environment may have caused some students to engage in inappropriate and dangerous behaviour that would be likely to result in their being killed in a real combat situation.

Got a news tip for our journalists? Share it with us anonymously here.
Copyright ©v3.co.uk
Tags:
battlefield fire medics oddware tested under virtual