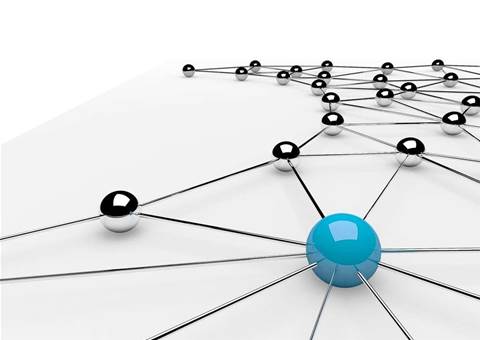 Australian banks involved in the design of a new central payments clearing utility are concerned about being able to justify investment and recover costs of the proposed infrastructure.

Seventeen authorised deposit-taking institutions (ADIs) — including the big four banks and a host of second-tier players — are working on the New Payments Platform, which was born out of a call by the Reserve Bank for the enablement of real-time payments between institutions.

The project is currently under design. If all goes to plan, basic infrastructure will be ready by the end of 2016, according to the Australian Payments Clearing Association (APCA), which drove the industry response to the Reserve Bank. (pdf)

Representatives of APCA, Citigroup, Bendigo and Adelaide Bank, Bank of America Merrill Lynch and Westpac Institutional Bank appeared at the CeBIT Future of Payments conference in Sydney last week to provide an update on the process.

APCA chief executive officer Chris Hamilton characterised the proposed platform as "a piece of infrastructure that connects all ADIs in Australia so that it is possible to move a payment from one account of any ADI to any other account of an ADI".

The infrastructure is to be funded by the "community" of 17 financial institutions currently listed as project participants, and the same institutions also "participate in the governance of the proposal". About 80 business and technical personnel in total are working on the project.

Banks were positive about the "data richness" of the proposed new infrastructure, which is expected to have the capacity to include "a specified maximum amount of additional unstructured data" with each payment.

"[Clients] rarely say that they need real time payments but they always say that they would like rich information to go with the payment," Bank of America Merrill Lynch global treasury services managing director Kees Kwakernaak said.

"Historically when we've been looking at our direct entry system... it has limited the amount of information you can send in a payment," Southall said.

"What we are looking at now is a piece of kit that not only does things fast but gives you an enormous amount of flexibility in terms of the amount of data you [can] send. So it's not just about moving funds — it's about moving information at the same time."

While there was enthusiasm for richer data and for the collaborative process among institutions, banks were under no illusion about the challenges that lay ahead, particularly when it came to funding the new infrastructure.

"The unsaid [thing] that banks kind of refer to behind closed doors is the revenue model — how do we make money from this?" said Westpac global transactional services' head of payments Philip Joyce.

"It's a huge investment at an industry level and a bank level. Who will generate a return such that we make [this] a long term [financially] sustainable [piece of] infrastructure? Now that's the key."

Southall saw the regulatory "impetus" for deploying a new payment infrastructure as being a key to overcoming the costs hurdle.

"The infrastructure that's invested in payment systems is massive," he said. "Suddenly saying, 'I'm going to do something that's going to return me no more money and I'm going to make this argument for capital within my organisation' is a very very difficult path, so a regulatory impetus I believe is actually required to start this."

"One of the significant challenges for a bank implementing any new payments platform that's faster and data richness is how do you deal with your legacy infrastructure," Joyce said.

Southall agreed: "I think some of the biggest technical challenges will actually exist within each of the institutions to say, 'How do I adjust my infrastructure to live in this world now? How do I go from a batch world? How do I consider what I'm going to need to do to get connected and make this work?'

"Each of the institutions will have their own journey to actually make this really effective and turn it from something that right now probably looks like a bit of a headache, into a positive proposition."