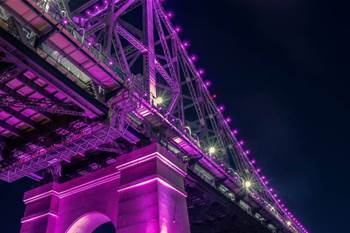 Conspicuous and protracted struggles bedding down and modernising core banking applications at Suncorp and the Bank of Queensland could soon take a radical new twist, as market speculation mounts over a possible future merger or tie-up between the two institutions.

News that Suncorp’s board is hypothesising the numbers on potentially spinning-out its retail banking business from its insurance arm broke cover yesterday, following credible reports in the Australian Financial Review that investment bank UBS has been informally brought in to run a ruler over its operations and possible options.

The persistent delays and costs associated with Suncorp’s troubled core banking rebuild are one element under the microscope, iTnews understands. Suncorp is not commenting on the speculation.

The possibility of a tie-up between the two Sunshine State institutions has been on-and-off for years as banks outside the Big Four look for ways to muscle-up to their rivals to create a fully-fledged fifth pillar, with institutional investors like Citi modelling how a merger might look as recently as last year.

Both Suncorp and BoQ’s struggles with core applications are well documented, with Suncorp chief executive Michael Cameron putting his dissatisfaction with the lack of a functional core system from Oracle’s Flexcube on public display in February.

Known as “Project Ignite” the circa $300 million build to replace Suncorp’s ageing Hogan platform was meant to be up and running in 2016, but has instead become a persistent pain point during the bank’s earnings calls.

In February Cameron bemoaned the costs or running two parallel systems, estimating it was costing Suncorp $11 million and describing the situation as the “last thing we wanted.”

While many in the banking industry expect the system to be junked, the question still remains as to what a replacement would look like or cost.

Meanwhile, over at the Bank of Queensland, the lack of successful execution on the digital banking front is also creating investor reflux, especially after its cash earnings slumped 8 per cent at its most recent half yearlies in April.

“Our digital customer offering, lending processes and the inability to attract new owner managers with the overlay of regulatory uncertainty, has hampered customer acquisition and returns,” BoQ chief executive Anthony Rose said at the time adding “‘must do’ priority activities” to rebuild systems were underway as of April 2019.

It is understood BoQ runs a combination of Fiserv Signature and Temenos on its back end.

Rose also revealed in April that delivery of a “new internet and mobile banking offering for BoQ customers is now under development” and was scheduled “for delivery over the next year.”

It was revealed last month that BoQ had quietly renewed its outsourcing deal with DXC (which now owns Hogan Systems) in February 2018 for four more years, a deal it says was not material.

The question that is now in the mix is whether the technology remediation efforts at both Suncorp and BoQ could become a matter of too little too late, especially as major transformations at the Big Four start to bite.

Another problem is customer dilution from emerging neo banks that have far lower cost bases, are build end-to-end digital and can offer real-time payments and New Payments Platform features straight out of the box.

One banking source iTnews spoke to suggested that a merger between Suncorp and BoQ could form a natural catalyst to re-architect an new institution essentially from the ground-up, especially if existing systems were approaching end of life or likely to be scrapped.

A new institution with scale, a degree of state and regional customer loyalty and cutting-edge systems could steal a march on the big four, especially if – and there are a lot of ifs – the open banking regime came into action as planned after the election.

With bank margins shrinking, interest rates at stubborn lows and digital neo-banks pawing at the door of all majors, the one certainty for Suncorp and BoQ is that doing nothing is no longer an option.

The next set of results for both institutions should be illuminating indeed.