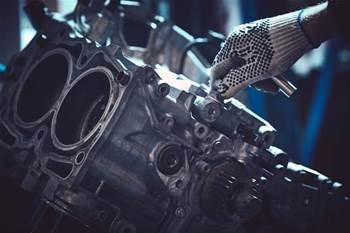 Australia’s banks and payment providers including BPAY, eftpos, Mastercard and Visa face being required to spend billions more on upgrading their legacy systems after the Reserve Bank of Australia (RBA) flagged a once-in-a-generation shift to new transactional messaging standards.

The RBA on Monday released its long-awaited consultation paper on alignment with new payment and transaction standards from global body SWIFT that aim greatly enhance the data richness of transactional messaging globally, a move already taking place in the US and UK.

The big shift to new global standards – which is more of a ‘when’ than an ‘if’ scenario – would follow the local move to real time payments under the New Payments Platform but be applied to a far greater range of services especially around clearing and settlement.

However, with banks still being cattle-prodded by regulators and the government into accelerating the painfully slow overhaul of their existing systems, the RBA is treading cautiously in terms of industry capacity to respond in switching to the new standards regime.

Known by the eye-glazing term ‘ISO 20022 migration’, the RBA’s powerful Payment Systems Board has identified the lift and shift as “a key strategic issue for the Australian payments system.”

While Australian banks have known the SWIFT upgrade is coming for years, bank tech shops have for the most part been holding-off on spending-up on needed upgrades until official deadlines are flagged and put into place.

Like the NPP, a major resistance point for institutions and overseas card schemes is that the new open messaging standards will make it a lot easier to develop competing new services through APIs that could threaten the present Australian oligopoly the Big Four have tried to preserve.

Banks have also been privately cautioning the government and regulators that there is only so much systemic change they can undertake without substantial disruption to day to day activities and system stability.

A major unknown for bank tech investment plans over the next two years is where open baking reforms will land after the federal elections with Labor already flagging its unease with the rapid pace of change initially flagged by the Coalition government, which has already slipped its initial deadline by six months.

A key issue is apprehension over the level of customer data that could be exposed to non-bank parties seeking to offer competing services, a worry that banks aren’t exactly seeking to put to bed.

Coupled with upgrades needed by banks to make payments real time and plugged into the NPP, the trifecta of legacy replacements will pose a serious execution challenge to most institutions.

The RBA on Monday took a conspicuously cautious line to the timeframe it’s proposing for the SWIFT related upgrades that nominally should be in place within about five years.

“The intention is to ensure the migration project is undertaken in a timeframe that does not pose risk to the payment system and that appropriately considers the objectives of migration and broader long-term opportunities for the industry,” the RBA said.

“The aim of the RBA and APC is for this project to be complete by the end of 2024, ahead of the completion of SWIFT’s cross-border payments migration and in line with the timeframes for international migrations.”

It’s not just the RBA Australian banks need to worry about when it comes to ISO 20022. While local institutions may have been able to stall domestic upgrades, the fact that the global system financial system is on the move will necessarily drag them along for the ride or leave them painfully isolated.

An obvious temptation for banks would be to use their existing investment in the NPP and use that platform as the foundation for ISO 20022 migration as NPP already uses the standard.

However it is understood for redundancy and resilience reasons, the RBA wants a separate system to eliminate the risk of a single point of failure. In blunt terms it wants a spare for failover.

“A major advantage of maintaining two or more separate credit transfer systems is that, in the event one of the systems becomes unavailable in a contingency scenario, payments can be redirected to a different system for processing,” the RBA said.

“This mechanism has been successfully used by Australian institutions during a number of contingency events to maintain customer service availability. The potential resiliency benefits for some participants of being able to route payments through a different clearing system, which is also ISO 20022 compatible, in a contingency would be lost if NPP and HVCS were merged.”

The scope of systems in the frame for the SWIFT standards overhaul in Australia is huge. They include the RBA’s RITS platform, cheque processing, direct entry and BECS (bulk electronic clearing system), BPAY, eftpos, PEXA and ASX Austraclear and whatever will replace CHESS. Credit cards are also roped in.

Two of the major benefits the upgrade could provide would be faster payments with much richer data that would automate functions like AML/CTF because it would be far easier to identify transaction types and origins.

Identity information and payment purpose codes are also in the mix, meaning that payments like salaries and welfare payments could be prioritised over routine commercial payments if there is a queue or large batch.

Stakeholders need to get their submissions into central bank no later than 31 May 2019 the RBA said.