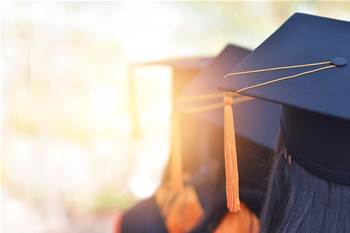 Australia’s top universities have welcomed the findings of an independent review into Australia’s export control laws, labelling the result “a win for common sense”.

The Group of Eight Universities (G8) said it was “pleased” with the much-awaited review of the Defence Trade Controls Act 2012, which intended to ensure the legislation regulating the supply of military and so-called ‘dual-use’ technologies overseas remained current.

The university coalition had been highly critical of a bid by the Department of Defence to strengthen the Act, including sweeping new powers to control how all technology developed in Australia is sold or exported, to address changes in the national security environment.

But the review, released on Thursday, stymied the department's hopes by rejecting the “broad approach implied by the recommendations” in its submission, suggesting it instead work better with stakeholders to “develop a practical legislative proposal” that addresses perceived gaps with the legislation.

In its response to the review, the Go8 said the review “had understood the damage that could have been inflicted and the impossibility of complying with the Defence department’s demands for increased security controls over university research”.

Go8 chief executive Vicki Thomson said the university coalition had been “dismayed and concerned with the Defence department’s submissions for extended powers”, which she said would have deeply harmed the research sector.

“Notwithstanding our support for adequate safeguards for the trade in defence related technologies, the department’s proposals would have impacted upon our capability to carry out research integral to Australia’s future, our community’s well-being and our international reputation and competitiveness,” she said.

Thomson said the review, plus the government’s crucial subsequent decision to support its recommendations, was “a win for common sense”, but recognised Defence’s want to ensure the legislation kept up with the changing national security environment.

This was despite the review’s determination that the research and university sectors had “not persuaded that a case to amend the ‘basic scientific research’ exemption has been made out at this stage”.

“Successful research is global. It has no borders. But, at the same time we always take national security seriously and this report reflects that view,” she said.

“We live in a fast changing geopolitical climate; one of amazing technology advances and that does bring with it challenges, not least the need to continually ensure we have the current controls, and support, in place for university research and research collaborations.”