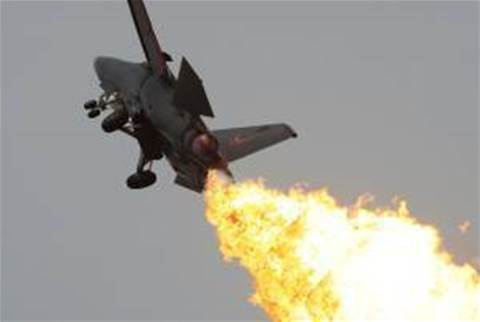 Australia’s top universities have blasted a massive expansion of intrusive powers proposed by the Department of Defence.

The new powers would allow Defence to enter and search all technology projects in Australia and restrict and dictate how information from them is shared between researchers and industry.

In a rapidly escalating backlash, at least 14 of the nation’s leading tech and IT institutions have vehemently rejected the push by Defence to expand its existing restrictions regime that presently covers specified defence and dual use technologies to rope-in all technology.

The epicenter of the dispute is a bid to expand regulatory controls now applied to so-called ‘miltech’ research and development to cover all technology that Defence designates in Australia’s national security interest.

The regulatory land grab is so broad, sweeping and vague it has galvanised Australia’s R&D sector in opposition to the push.

The row boiled over into the public domain on Wednesday after it was revealed Defence had lobbed a late submission into a legislative review of the Defence Trade Controls Act (DTC Act).

The submission, which horrified universities and technology research organisations, seeks to broaden Defence’s regulatory reach into “uncontrolled technology” – that is all technology beyond the Defence and Strategic Goods List (DSGL) which it controls.

Universities are particularly critical of the late timing of Defence’s submission, which came after almost all institutions had already put their own views forward unaware of what Russell Hill had intended to propose.

The tactic and lack of consultation has clearly eroded stakeholder trust in one of the most sensitive areas of research in Australia.

“We are disappointed that Defence appears to have waited until this review to raise concerns that the Act is no longer fit-for-purpose, producing apparently well-developed proposals for change that would have significant implications for Australian universities’ research and associated education activities,” a supplementary submission from the University of Sydney, signed off by Professor Duncan Ivison Deputy Vice-Chancellor (Research), said.

“The arbitrary nature of the powers Defence is seeking and the potential for arbitrary use of these powers without notice would remove the certainty the current legislative framework provides.

“The University views the increased entry, search and seizure powers Defence is seeking to be excessive and not warranted by the circumstances,” the University of Sydney submission continues.

Group of Eight (G8) chief executive Vicki Thomson said “the nature of proposed changes - including substantial new powers for the DoD - have not been raised in detail with the university sector by the DoD,” in the peak group’s additional submission.

“The extension of controls to ‘uncontrolled’, unspecified technology would create significant uncertainty for researchers and those with whom they work, given the possibility that the DoD may declare at any point in time that a technology is ‘emerging sensitive’ and subject to controls on transfers,” the G8 said.

The G8 is particularly worried about the paucity of information on what could be communicated and shared with whom under Defence’s proposed regime.

“Without careful and well-advised articulation of which foreign entities are of interest, a wide range of people would be in question – including foreign born Australian researchers, international PhD students in Australian universities, visiting Fellows or other research colleagues from overseas, multi-national companies with whom universities would otherwise be legitimately engaging.”

It gets worse too.

The Australian National University’s Deputy Vice-Chancellor (Research & Innovation), Professor Margaret Harding, warned Defence’s recommendations “appear to confer extraordinary powers of authority to determine what research can be communicated and to whom, with little transparency.

“This overreach is reinforced with unprecedented entry and search powers.”

The prestigious Academy of Science has also lined up for a kick.

It said that, if enacted, Defence’s wish list “would seriously impact Australia research capacity, and our standing as an international destination for research training and investment.”

“The uncertainty created by such changes would significantly suppress the pace of Australian innovation and related economic and social development,” the Academy said.

Former Telstra CTO Hugh Bradlow, who is now president of the Australian Academy of Technology and Engineering (ATSE),  Defence’s proposed extension of control and supply prohibition measures to uncontrolled technology “appears without adequate justification” in his body’s submission.

Bradlow said Defence “does not make it clear how it proposes to assess” which uncontrolled technologies are “significant to developing or maintaining national defence capability or could be used to prejudice the security, defence or international relations of Australia” as defined by the department.

At UNSW, the institution warned the restrictions delete real money and jobs from the Australian economy - the polar opposite of what present defence industry policy sets out to achieve.

“This could seriously endanger the ability of Australian research institutions to execute and maintain R&D contracts for an industry that, according to the 2015 Deloitte Access Economic Report contributes hugely to Australia’s GDP, estimated at $15b per annum for UNSW’s research and technology impact alone,” UNSW’s supplementary submission said.

UNSW also argues the changes will “require universities to scrutinise all research whether or not it falls under the DSGL, as well as of the citizenship of research personnel.”

One of the most withering questions surrounding Defence’s proposal is whether the department would simply choke on the very regime it’s proposing.

“A related issue will be the degree to which the Government itself can keep up with the rising need for administration, and the likely delays in response times … as numbers of applications for permits or calls on DoD for advice and assistance increase substantially,” the G8 submission observed.

It said such a scenario would be “detrimental in circumstances where Australia retaining an edge or dominance in relation to specific technology is reliant on speed of engagement, dissemination and publication.”