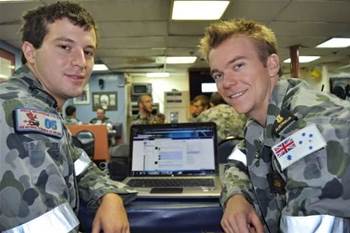 The Department of Defence has requested sweeping new powers that would allow it to control how all technology developed in Australia is sold or exported in the interests of national security.

In a move certain to provoke a backlash from the university, start-up and venture capital sectors Defence’s Strategic Policy and Intelligence branch has revealed it wants final say on what technology can be shared with “foreign entities” – including those now operating in Australia through either academic institutions or commercial partnerships.

The audacious bid for sweeping new administrative powers dramatically lifts the threshold that now applies to universities and the research and development sector under the Defence Trade Controls Act (DTC Act).

The DTC Act regulates the supply of military and ‘dual-use’ technologies overseas which Defence administers through trade controls and export restrictions, via the Defence and Strategic Goods List (DSGL).

Many of those restrictions date back to a pre-digital era when weapons or systems could be stopped at the border rather than weaponised code or applications, which has Defence visibly concerned.

In its submission the required two-yearly review of the DTC Act, Defence argues that changes to how technology can be communicated means technology can now largely bypass Customs regulations.

“Limited government oversight and control of the transfer of sensitive technology by Auistralians to foreign entities could have significant consequences for Australian defence capability, industry and universities,” Defence’s submission says.

The specifics of Defence’s ultimate demands are contained in two recommendations to the review that deal with the expansion of Defence powers to rope in both DSGL and “uncontrolled” technology.

Uncontrolled technology, essentially encompasses everything the DGSL does not and would essentially give Defence administrative power of veto over what can and can’t be shared.

Under the first proposal Defence has requested “measures to require a person to apply for a permit to supply or transfer DSGL or uncontrolled technology to foreign entities when the Australian government notifies them that it has reason to believe the technology is significant to developing or maintaining national defence capability or international relations of Australia”.

The second proposal “requests that the review expanding the power to prohibit the supply of technology to include both DSGL and uncontrolled technology”.

The DTC Act review is being by highly respected former intelligence governance, Vivienne Thom, who previously ran spy watchdog the Inspector General of Intelligence and Security.

The timing of Defence’s submission is also likely to raise questions as to the effectiveness of consultation with the technology industry and R&D sector.

The review, launched by Defence Minister Marise Payne in April this year, has received 47 published submissions – with the Department of Defence’s being the 46th.

One section in Defence’s submission asks “how has the national security environment changed”.

Comments are now being sought from industry and institutions by iTnews.