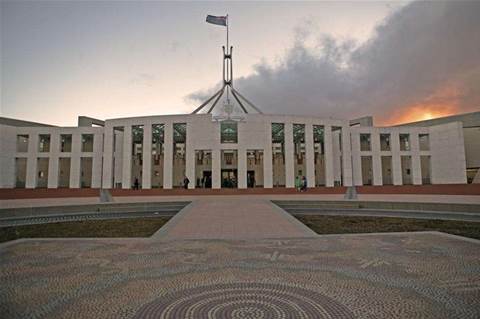 The websites of Senator Stephen Conroy and the Australian Parliament House were inaccessible this morning after the 'Anonymous' group of hackers claimed credit for a Distributed Denial of Service (DDoS) attack on Australian Government web sites.

It is the second attack the 'Anonymous' group has levelled at the Australian Government in six months. A similar attack brought down the websites of the Prime Minister and the ACMA (Australian Communications and Media Authority) in September 2009.

The Group used the DDoS attacks to protest the inclusion of images of 'small breasted women' and 'female ejaculation' in the Refused Classification category - content that will be banned under Senator Conroy's plans for a mandatory ISP-level internet filter.

According to the Attorney General's Office, the Australian Parliament House website (www.aph.gov.au) was unavailable for approximately 50 minutes due to a distributed denial of service attack by individuals belonging to the "Anonymous" group.

The Parliament House site came back online at 10:53am, Minister Conroy's site by 11:20am.

The Attorney General's Office said that Australian Government agencies "identified as potential targets by 'Anonymous' were briefed in advance and were provided with suggested mitigation strategies."

Critics of the Internet filtering campaign were quick to condemn the attacks.

"Reports that attacks on Federal Government websites are being used to draw attention to the government's plan to introduce a mandatory Internet filter are alarming, and any illegal action of this nature must be condemned," said Nicholas Perkins of Stop Internet Censorship.

"By attempting to bring down or deface government websites, a minority of Internet users have brought negative attention to what is a very important issue for Australians. It would be much more helpful for these people to put their efforts behind legitimate action to stop this ineffective and inefficient attempt at censorship by the Australian government."

"While SAGE-AU believes that imminent Internet filtering legislation will fail to work, it has condemned DOS attacks as the wrong way to express disagreement with the proposed law," said a release on the organisation's website.

"SAGE-AU points out that the impact of DOS attacks is frequently felt less by government agencies than by System Administrators, many of them SAGE-AU members, who are responsible for managing websites and servers."

Internode engineer Mark Newton, who has been a vocal critic of the filtering plan, had another perspective.

More information on the attackers is available on the Sydney Morning Herald website.

The Department of Defence Cyber Security Operations Centre continues to monitor the situation.

Update: aph.gov.au sites have been intermittently offline during the morning and early afternoon.