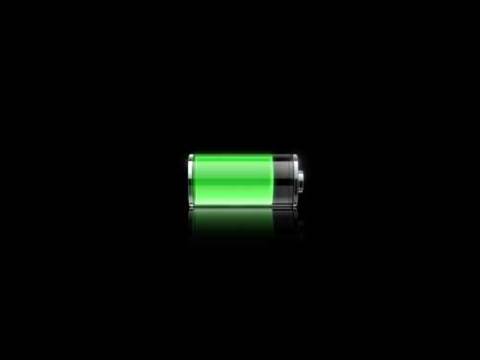 An Australian research project has devised a way to use salt baths to boost battery life while improving performance and safety, offering the potential to create long-lasting energy storage for electric cars and electronic devices.

Researchers from the CSIRO, RMIT and the Queensland University of Technology found that a simple salt bath improved the performance of lithium batteries considerably.

"By enabling lithium metal to behave safely and efficiently within a battery, we solve one of the many issues required in order to make lithium-superoxide (Li-O2) and lithium-sulphur (Li-S) technologies possible," he said.

"These technologies have higher specific energies of 3,505 Watt-hours per kilogram (Li-O2) and 2,567 Wh/kg (Li-S) which are a great deal more energy dense than current graphite technologies (typically 100-265 Wh/kg, Li-ion).

"In the real world, this would mean having to charge your battery less often, or being able to provide more power from a single battery."

Bhatt said a practical lithium-air battery could have the same amount of energy as petrol, after allowing for efficiency decreases in a real device.

"This is the holy grail of battery research and an ideal device for say electric vehicles where 500-800 km on a single charge can be achieved compared to the 100-250 km being seen or claimed for current electric vehicles," Bhatt said.

"Developments of this game changing lithium-air battery have been hamstrung by two key problems, namely the lithium electrode shows only a few cycles before failure and the oxygen electrode," he said.

"A commercially acceptable battery is expected to do at least 2000 cycles in this day and age.

"Our research shows that using a simple preparation method commercially acceptable 2000+ cycles can be achieved with a commercial lithium iron phosphate electrode and no signs of failure or safety hazards are present.

"In comparison to current Li-ion batteries, the lithium metal battery showed similar performance and cycle numbers. However, we do not foresee application of lithium metal electrodes in conventional lithium-ion batteries but in the game changing next generation batteries (lithium-air and lithium-sulphur batteries)."

The researchers said the electrode treatment can prevent the batteries from catching fire or exploding.

Batteries with the new treatment also keep their charge longer, and can be stored for up to a year without loss of performance, testing showed.

The researchers believe that the treatment, which QUT professor Anthony O'Mullane said is readily transferrable to existing manufacturing processes, has the potental to improve batteries to a point where electric vehicle users will no longer have to fear "range anxiety".

Batteries based on the new technology are currently in development, with the team of scientists looking for partners to bring the new materials and devices to market. They said the cost of treatment adds up to a few dollars to the batteries produced.

Improving battery technology is a hot area of research as governments and the public push for electric vehicles to replace existing carbon-based fuel cars.

Scientists are actively looking for ways to improve the performance and life of lithium batteries, with several research projects focusing on additives for the electrolytes and coating the electrodes with different substances.