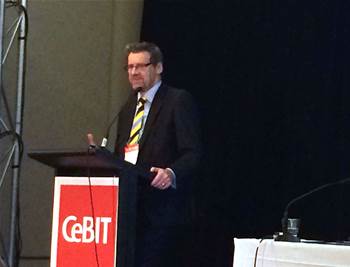 IT multi-sourcing reality very different to what was planned.

Executives from the Australian Taxation Office have shared a frank account of their journey setting up three IT outsourcing deals worth billions of dollars, admitting that what they ended up with was "very different to what we thought we’d have when we started”.

In 2007, with the help of Boston Consulting, the ATO planned out its multi-sourcing strategy, which would see the EDS deal replaced by four new service bundles, with three to be contracted to third parties and one to stay in-house.

The outcome was three mega deals with Optus (for telecommunications), Lockheed Martin (for end user computing), and HP Enterprise Services (for centralised computing).

The procurement overhaul was meant to cut costs and improve services – outcomes Robinson claims have been achieved, but not without a lot of headaches along the way.

“I was asked to go into this job just to finish off the contracts and I was told I’d be here for 5-6 months before moving onto something else,” he said. “That was more than four years ago now.”

The deals were signed between 2009 and 2010 with the intention of having the new vendors transitioned in by the end of 2011, a timeline Robinson conceded was “slightly optimistic” in hindsight, considering work is still going today.

“Organisations that come in [to the ATO] are prone to underestimate the size and the complexity of the work we do,” he said.

Competing cultures has been one of the main obstacles.

“The idea that you can have a vendor come in and enter a controlled master/slave type of relationship is something that is doomed to failure," he said.

“While the work is being done inside the ATO premises, each of those organisations is subject to pressure and demands from their home organisations, so the way they work in the host organisation and some of the things they do to meet these demands changes the dynamic.

“When we need to reduce costs in light of what is happening in the public service at the moment, they might be saying they have got the board and the stockholders telling them to grow the business...so the different cultures need to be reconciled.”

But not only supplier agendas posed a challenge, Robinson said. Resentment from within about outsourcing services also made the process more difficult.

“People who stay in the organisation tend to keep a point of view, pining for the good old days and a certain way of doing things. They don’t trust that this is good use of the public purse and all these things make it difficult when you are trying to co-design processes."

For organisations looking to embark on a similar journey, he advised first considering greater clarity with the roles of the organisation and the provider.

“Governance is also key,” he said. “The difference in the way you need to work with internal teams to vendor teams can’t be underestimated, as this is where a lot of tension comes from.”

Looking back, he said he wished the ATO had invested more time into “future proofing” the contracts.

“I think one of the big mistakes we made was developing each of the contracts separately so there were anomalies between them. We are still continually working to process contract variations. We needed to look harder at what was on the horizon.”