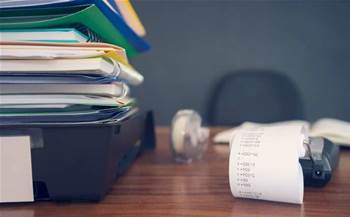 The Australian Taxation Office has revealed a long-awaited replacement of its online portal for tax agents is set to occur this year, after kicking off a private beta for the new platform.

The news will be music to the ears of tax agents, who have been engaged in a long-running spat with the ATO over the performance of the portal, which they complain is slow and unreliable.

The agency has conceded the system has some issues, but has avoided making big improvements to the platform in favour of working on a complete replacement. It also claimed the use of old technology by agents was to blame for performance problems in some instances.

The issue blew up in 2015 with an inquiry by the House of Representatives’ tax and revenue committee, where agents publicly complained about the impact of the portal’s instability.

Until recently, the ATO had not offered a date for when the new system - part of its ATO Online platform of services - was expected to go live.

The old platform has been used by tax agents to access ATO systems and client records, and to communicate with the ATO on behalf of clients, since 2002.

The agency has now revealed the new platform should become the default service "later in 2018".

It started a private beta of the new platform in December last year. A public beta will follow "when we are comfortable that it is performing well", the ATO has advised agents.

ATO chief Chris Jordan today told the Tax Institute National Convention 2018 that 110 practices were currently testing the platform, with that number to grow to 200 "in the coming weeks".

The agency has however warned that it "will not decommission the portals until everything is working smoothly".

It also said the existing tax agent and BAS portals will remain available until an "agreed" closure date.

Jordan today promised the new platform would offer "greater visibility" of client data in real-time as well as access to historical tax returns, accessibility to additional accounts and transactions that aren't available on the current portal, "flexible" search functionality (client name rather than TFN/ABN), and access to lodgment statistics and performance.