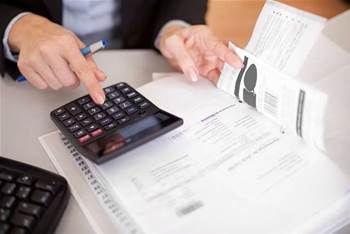 The Australian Taxation Office has extended its $1.5 billion contract with the former HPE until 2019 to give the agency more time to consider other options for centralised computing services.

The contract with the former HPE - now part of DXC Technology - was first signed in 2010.

It covers data warehousing, mainframe, midrange, data centre facilities, cloud, and the notorious storage network that has caused the ATO so many issues over the past year.

At inception the concept was expected to be worth a total of $739 million.

The ATO today said it needed more time to consider changes in government IT procurement policy that had been introduced over the past seven years before it could go to market with a new deal.

In August the federal government decided to cap all new IT contracts at either $100 million or three years in order to divert more of the Commonwealth's $6.5 billion annual IT spend to smaller players.

The ATO is working with the Digital Transformation Agency on a new IT procurement strategy and said it expects to finalise the document next year.

The agency said it would also extend other similar contracts to "ensure continued stability of services". Earlier this year it extended its long-running contracts with Leidos for end user computing and support until June 30 2018 for the same reason.

HPE's storage area network was responsible for the major outages the ATO suffered in December 2016 and February this year, with intermittent issues still occuring as recently as September.

The ATO promised to rebuild its internal IT infrastructure capability after the SAN disaster exposed significant weaknesses across infrastructure design and maintenance.