Analysis: A dozen reasons not to buy an iPad 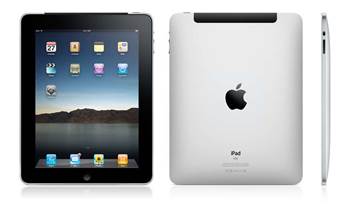 Why you should wait for the next version.

The iPad may be the web's darling and the genesis of a new product category but its shortcomings and some ugly bugs are rearing their heads within days of the product's release.

For all its geek gadget appeal and innovation, a look at the spec sheet and Apple's support forums reveal a less than perfect device.

Here's a dozen reasons to not buy an iPad.

Lacking USB input, the iPad becomes a locked down device where the only peripherals you can use are ones that link through Apple's proprietary dock connector. And in case you didn't pay Apple enough for your iPad, they get a cut of every accessory as that port is licensed.

Without that USB port, you can't easily hookup a keyboard, mouse, digital camera, USB modem or any other useful add-on.

The Mac faithful have been waiting for years for a decent portable presentation solution and they were all betting on the iPad.

Sadly, the iPad has failed to deliver. Keynote for the iPad lacks a bunch of its desktop versions' features including the ability to playback video on slides and some visual effects. And there's no way to display presenter notes on the iPad while it's connected to a projector.

For a device that's being sold on its connectivity credentials, the iPad is unable to connect to the latest projectors in any way other than with Apple's optional cable.

At the iPad's initial announcement, Apple made a big deal of the availability of their iWork productivity suite. Now users are fuming that they can't open Microsoft Office files and are finding all sorts of basic features missing.

Users have found that they can't create spreadsheets in Numbers and then export them for sharing with colleagues as Microsoft Excel files. Pages can import and export Word's formats but lacks support for headers and footers, footnotes and other essentials.

Keynote is causing grief with reports of poor font support, broken animations and video playback. Worse still, some edits on the iPad, when synced back to a desktop Mac, result in the loss of critical elements such as speaker's notes.

One of the most active threads on Apple's iPad forums deals with weak WiFi connections with users reporting fluctuating signal strength on their iPad even where their notebooks are reporting full signal strength.

In some cases, connections are getting completely dropped and users need to re-enter WPA credentials to reconnect.

Some users have found that even when they have a reliable connection that performance is poor.

Many people were hoping to use the iPad as a way to backup photos while travelling. For that, they''ll need to stump up for Apple's iPad Camera Connection Kit. The lack of an SD slot means that you need this pair of connectors that convert the dock connector to either an SD slot or USB port.

7. No camera for video calling/Skype

This is one of the biggies. Why would Apple think that that a mobile computer and communications device wouldn't be used for video calling? Incredibly, images of the iPad's internals reveal that there's a place for a camera on the top edge of the display but Apple deliberately chose to omit it.

All of this makes us think that iPad 2.0 will have a camera, making us a tad cynical about Apple's intention to get early adopters to stump up for a second iPad in the not too distant future.

If the iPad is all about portability then why does it weigh so much? Amazon's Kindle comes in at 290g but the iPad weighs about 700g - more like a middleweight than a lightweight.

Most handheld and portable devices appear as an external storage device when connected to a computer. That makes them handy for grabbing files from a colleague's computer. However, to copy files to the iPad's Document Manager, you'll need to use iTunes or get the files emailed to you. You can't even browse network file shares.

10. iBook Store might not have any material in AU

Remember the two or three years when there was no iTunes Store in Australia? It seems that we'll be destined for the same with the iBook Store.

Until Apple does deals with local publishers, only those with a US iTunes account will be able to buy books. On the upside, Amazon have a Kindle app and there's also Stanza for buying books locally so you can avoid being locked into another part of Apple's content ecosystem.

On one hand the use of the Micro-SIM might seem like another example of Apple being an early adopter a new standard. Or, perhaps, it's a way for Apple to keep their carrier partners happy by blocking customers from using the SIM cards from their 3G modems or mobile phones.

Either way, there's no way you'll be able to get a 3G capable iPad without at least buying a new SIM card from your carrier.

A portable computer that can be used on a local network, but can't talk to printers - what was Apple thinking? Everyone knows that there's no such thing as a paperless office and that being able to print documents is useful. It's not that it can't be done, as third parties have sprung up with printing solutions. But to not have it natively built into the iPad is damn annoying.

What do you think? Which of these missing pieces can you live without? Are we expecting too much from the tablet? Is Apple likely to address these issues before its next release? Comment below.