Is the 5c worth the discount?

If you're about to buy or upgrade your iPhone, would you choose a lesser model to save $130?

When Apple launched its latest iPhones, the biggest surprise was that a budget-priced device — long predicted by the analysts — didn’t materialise.
Instead, Apple announced the colourful iPhone 5c. The 5c is essentially an iPhone 5 with multi-hued polycarbonate casing options, but it wasn't 'low-cost' by any respect. It costs $739 outright for the 16GB storage model, and $869 for 32GB. (The cheapest iPhone is now the iPhone 4s at $529, but that's with just 8GB storage and no LTE cellular broadband support.)
For the past few weeks we've been playing with both the 5c and the full-featured 5s to ask whether indeed it is worth saving that $130. 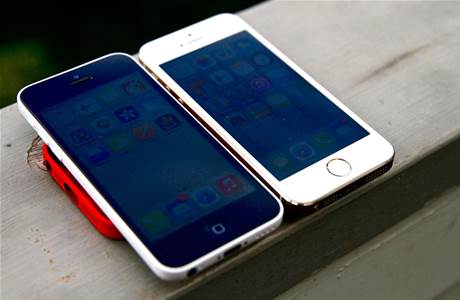 The iPhone 5c and 5s together.

The iPhone 5s offers lots of new features that the 5c doesn't — a brand new camera with a larger sensor for better low-light performance and image quality, the new A7 chip with the M7 motion processor and the TouchID fingerprint sensor.

In other words, the most compelling reason you might consider the 5c is if the case colours are more important than the new features in 5s. That’s possibly not the strongest sales argument in the world, especially since the 5s comes in three nice metallic colours - gold, silver and space grey. If you really want other colours, just add an external case. 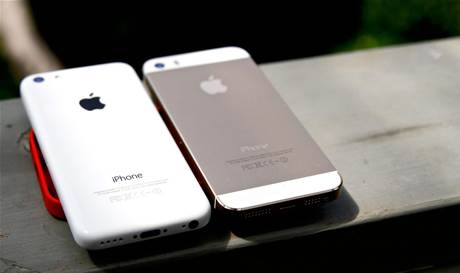 iPhone 5c in white, 5s in the new gold colour.

The first few weeks of sales data suggest the early adopters agree. Analyst firm Localytics found that the 5s outsells its plastic cousin by a ratio of 2.3 to 1.

That’s not to say the 5c is a bad device, quite the contrary. Just like the 5 before it, the 5c is a capable iPhone with the excellent 4-inch Retina display that has a 1136 by 640 pixel resolution for a density of 326 pixels per inch.

But if you're considering an upgrade, the best option available is the 5s, by a long chalk.

A peek into Apple’s future: the iPhone 5s

Ignoring the colours, hold up an iPhone 5s next to the older 5 and there’s very little aesthetic difference between them. They boast the same dimensions and weight, and feature the same four-inch Retina screen.

The first hint that the 5s is different under the hood comes when you turn it over: the camera lens is bigger and the iPhone 5s has two LED flashes. Apple calls this True Tone and it aims to provide different colour temperatures for the flash by varying the intensity of the two LEDs — one with an orange, warm tone, and another with a blue, cool hue.

Sensor resolution for the 5s camera remains unchanged from the 5 (and 5c) at eight megapixels. The pixels themselves are bigger at 1.5 microns compared to 1.4 in the sensors of the older cameras and there is an image stabilisation feature to prevent the blurring caused by shaky hands.

The camera alone is worth the $130 premium over the 5c, as it is great. Images are sharp, detailed with good contrast and dynamic range and the True Tone flash produces natural results too. 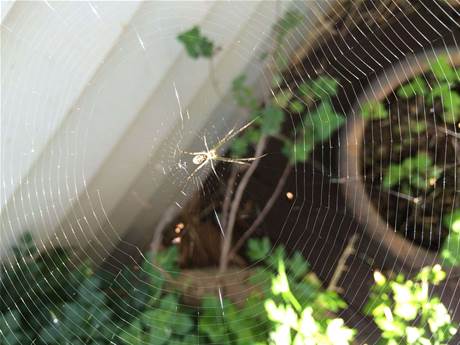 It is probably not a match for the Nokia 1020 or 1520 cameras, with their larger sensors and massive 41 and 20 megapixel resolutions, but overall, the 5s won’t disappoint when it comes to stills and video quality.

The slo-mo videos are shot at 720p high definition, and the burst mode pictures at full eight megapixel resolution, a feat that Apple says is made possible by the new, fast A7 processor in the 5s, based on the ARM V8 architecture.

The A7 is “only” dual-core and runs at 1.3GHz in a world where smartphones routinely come with four processor cores and speeds of 1.5 to 2GHz.

It is however the first 64-bit chip for smartphones and — despite the seemingly low specifications — the A7 is very fast. How fast? Apple says the A7 has “desktop class” performance, and it’s not too far off the truth.

Benchmarking handsets running different operating systems is inexact, not the least because Android makers tend to cheat in tests, but it’s fair to say the 5s runs rings around everything else in the market today.

In Geekbench and the two Javascript benchmarks, the iPhone 5s was substantially faster than the most powerful handset we had available, the HTC One (1.7GHz quad-core Krait 300 CPU and Adreno 320 graphics processor, Qualcomm Snapdragon 600 chipset).

On the 5s, the GFXBench 2.7.2 graphics benchmark drew scenes three to five times faster than the 5c; the HTC One ran the GFBench tests at half the frame rates of the 5s, despite the Android device having “optimisations” (read: cheats) built in to artificially boost the results.

The M7 motion co-processor also does its bit to improve performance by offloading sensor reading and processing from the A7. It is still early days for 64-bit iOS and the utility of the new processor and the M7 companion chip will take a while longer to realise. Most apps are still 32-bit and aren’t aware of the new features in the A7 or don't know how to take advantage of the M7.

One key feature of a 64-bit architecture is the ability to use more than 4GB of memory, which is the limit with 32-bit devices.

An iPhone with more than 4GB of memory is probably a long way off, considering that the 5s makes do quite well with just 1GB currently. But it does bode well for the future.

Despite the added processor prowess, the iPhone 5s had no problems lasting a day and a half between charges, even with intensive use.

Another improvement claimed by Apple, but unfortunately something iTnews was unable to test, is improved LTE 4G support in the 5s. More bands are supported and Apple says devices bought in Australia can LTE roam onto networks in the United States, Asia and Europe if the home telco allows it.

Note that the LTE support in both the new iPhones is Category 3 which maxes out at 100Mbps downloads and 50Mbps uploads. Category 4 LTE networks with 150Mbps downloads are not supported by either.

Read on for Juha's thoughts on OS X integration and Apple's FingerPrint sensor....