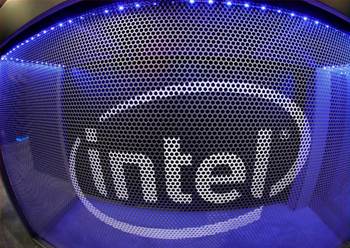 "Horse Ridge" named after one of the coldest spots in Oregon.

Quantum computers aim to carry out tasks in just a few minutes that would take today's best conventional computers thousands of years. But in nearly every photograph of the devices, there's a tangle of wires in the background connected to equipment that controls the quantum computer.

Intel Corp on Monday announced a chip that it hopes will change that. The Santa Clara, California-based chipmaker announced a chip called "Horse Ridge" that is designed to take all the work being done by the wires and shrink it down to a chip and electronics about the size of a tea cup saucer.

Quantum computers remain years away from everyday use but have drawn the interest of major technology companies. In October, researchers at Alphabet Inc's Google said they had created a machine that can outpace conventional computers. Other major technology firms such as International Business Machines and Microsoft Corp are also pursuing the technology.

Intel has two quantum efforts, each examining a different way of building the core of a quantum computer. That central part of a quantum machine uses what are known as "qubits."

Intel said its chip - which is named for one of the coldest spots in the US state of Oregon, where many of its factories are located - is designed to be able to sit inside the quantum refrigerator. The company hopes the chip will make its quantum computers more practical to produce in the future.

"Intel recognized that quantum controls were an essential piece of the puzzle we needed to solve in order to develop a large-scale commercial quantum system," Jim Clarke, Intel's director of quantum hardware, said in a statement.