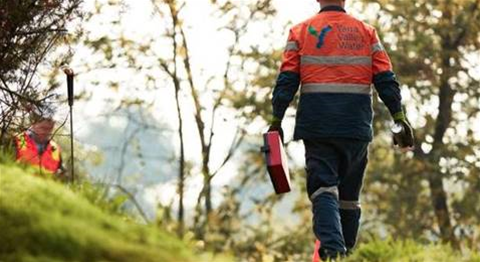 Platform being built with industry-wide ambitions in mind.

Melbourne’s largest retail water utility Yarra Valley Water (YVW) is rolling out an asset intelligence platform that has the potential to be reused – and built on – by other water utilities.

The utility is working to deploy KPMG's ‘Arwin’ intelligent data platform to provide a single view of its assets.

As part of this, the pair are building out the first water industry-specific use cases for the  platform, which could eventually be used by other water utilities, especially those with limited resources.

YVW's general manager of service futures Glenn Wilson told iTnews that the platform will allow the utility to centralise data from a range of “disparate" platforms to improve network monitoring.

The platform is one of three being built out as part of an organisation-wide customer and employee experience transformation that began last year.

Other platforms include a new Salesforce customer engagement platform and Mulesoft integration layer, which includes a library of internal and external APIs to reduce manual handling.

Wilson described Arwin as a “command centre”, capable of ingesting IoT or SCADA streaming data via APIs and static, point-in-time data from the GIS system, and presenting it back to users.

Data from YVW’s IBM Maximo asset management system – which it uses to record faults and assign jobs to maintenance contractors – is also pulled into the mix.

“IoT is obviously a real game changer for a utility like us because at the moment we’ve got really low visibility of what’s happening in our network – which obviously covers a massive area,” Wilson said.

“But with IoT, it just drops the costs, so we can actually get a much greater coverage of our network, and that will present us with a whole bunch of data that we then need to do something with.”

Wilson said Arwin would allow the utility to keep its core systems “as close to out-of-the-box” as possible to save money when it came time to replace them – a key tenet of its IT strategy.

“Rather than trying to make Maximo the centre of the world and try to get it to do a whole bunch of stuff, you can almost build any use case into that you want, leveraging data from the core,” he said.

With APIs used to connect Arwin to systems, Wilson said that it would also much easier to “disconnect the core from the platform” down the line.

Wilson described current methods of visualisation as “clunky”, with staff often resorting to the customer-facing faults map to “see where the jobs are”, instead of opening up a GIS [geographic information system] workspace.

“A big part of this [platform] is also improving the employee experience, but just centralising all those different views,” he said.

“For example, if staff want to look at SCADA data, they [currently] have to go into the SCADA system… If they want to get information specific about an asset they have to go into Maximo.

“So at the moment, we’re not making it easy for our staff to find the information they want, so this is centralising it all.”

KPMG is building out the platform with YVW progressively, starting with three or four basic use cases like faults monitoring in a first release that it hopes to have in place by July.

The faults monitoring use case aims to better understand the area affected by the fault, including picking up any trends in complaints.

“Because we know that only about one in 10 customers will ever call about [a water quality issue] that are actually impacted by it, it’s sort of trying to do a bit more trend analysis.”

He added that the use case would also look at resource management, including the location of field staff to work out “who we can get there the fastest”.

Other use cases centre on “works monitoring” aims for “faster root cause assessment”, particularly for critical customers like hospitals, and “planned works” for more proactive communication.

Wilson said some of that use case would help ensure the utility is not financially penalised by customers that suffer more than three outages in a 12 month period.

There is also the potential to automate some processes in the future, but Yarra Valley Water plans to approach this on a case-by-case basis.

“I’d sort of describe the process as data to information to insight to action, and then the capability of this platform then lets us – at some point, when we're comfortable – move to automation,” Wilson said.

“But the capability is there from the start, it’s down to our comfort level as to when we want to let the engine run the show.”

The initial features are just a fraction of the 30-odd use cases that KPMG will build during its three-year engagement with YVW, however.

KPMG partner and global data analytics and emerging technologies leader Phil Thornley told iTnews the features would be built as agnostic as possible to allow portability across other water utilities.

He said this was “specifically at YVW’s request” to ensure the platform is “not just a one-off implementation” and can handle the requirements of other water utilities.

“If others come on board, they might build some other specific user stories [use cases], but we need them to be generic enough so that everybody can benefit,” Thornley said, adding it “all goes into one pool of intellectual property”.

YVW will also benefit if another water utility decides to build extra features onto the platform, though it is also possible for a utility to sign up for the exact same version as YVW.

“So it’s really to make sure that they’re all building on top of each other and having that shared pool of features rather than everybody starting from ground zero,” Thornley added.

The platform – which is hosted in either Microsoft Azure or Amazon Web Services, depending on requirements – is containerised to make it as “platform agnostic as possible”.

“We’re making it so it can be deployed on any cloud,” Thornley said.

“We’re hosting it as a managed service for Yarra Valley Water, and whilst it’s bespoke it does leverage the underlying functionality that’s made available to use by the like of Azure and AWS.”

Wilson said that smaller players, particularly those in regions that are without a large number of resources, could potentially use the platform “almost out-of-the-box” with just a licence fee.

“The water industry is quite unique in that we’re all geographic monopolies, and we’re not competing with each other,” he said.

“It’s not like the banking sector, where you IP is your competitive advantage. We’re all here to do the same thing, which is provide safe, pleasant drinking water and protect public health.

“So there’s not really any advantage in holding back – the more we can share, the better off we are.”