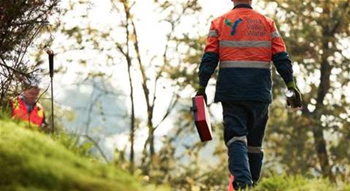 Melbourne's largest retail water utility Yarra Valley Water has started building out a library of APIs for both internal and external use to reduce manual handling and improve real-time data accessibility.

The project forms part of a wider IT overhaul that aims to deliver improvements to the utility’s customer and employee experience, as well as network management and partner integrations.

As part of the transformation, Yarra Valley Water has also partnered with Salesforce to implement a new customer engagement platform and KPMG for a new system to give it a “single view of assets”.

All of the new systems are expected to be up and running by the end of 2021.

“Part of our plan is really to – like a lot of businesses – simplify the systems of engagements that our customers and our staff are using,” Wilson said.

“Mulesoft is a really key component [of the transformation] because it’s how we’re going to integrate a lot of the existing systems with these new systems of engagement."

Until now, the corporation has used Oracle Fusion “quite heavily” across its systems, though the middleware is now “approaching the end of its life”.

With around the same number of contractors as permanent staff, Wilson said the APIs are an important way for Yarra Valley Water to integrate with the systems of its network partners.

“Even though we’ve got about 700 staff, we probably almost have the same amount of people – or more – through our contractor network,” he said.

“All of our field work and construction work is done by partner, so we’ve got a heavy reliance on those people to get information in a timely fashion, either in real-time or near real-time.

“Mulesoft is critical for us to be able to connect to those people in a simple, easy and standardised way, and then be able to bring that data back into our system and vice versa.”

Contractors are one area where the agency is looking to expand the use of APIs, though it has already migrated its larger contractors – covering 95 percent of work in the field – across.

“Any contractor that is giving us data – which is most of our contractors – the aim is to get those guys communicating with us via APIs,” Wilson said.

One such API has allowed Yarra Valley Water to integrate with its laboratory services providers, the Australian Water Quality Centre, for water quality sampling.

The program involves contractors in the field performing around 100,000 tests on its water supply and wastewater networks each year.

Until now, certificates for each sample were delivered to Yarra Valley Water using a mixture of batch files that required manual formatting before they were input and paper.

The certificates contain information on the testing location, parameter and the results, which can then be provided to Department of Health and Human Services (DHHS) if required.

However, due to the sheer volume of samples each year, Wilson said that there was historically “a big lag between the sample being taken and us receiving the results”.

“There were protocols in place that if the sample was out of spec they would call us and tell us, but we still wouldn’t often get the results for a day or two after,” he said.

“And it was almost an exception to the rules process where they would have to rush the paperwork through.

“Whereas with this system, as soon as they process that sample, it comes straight into our system – it’s not a batch process, it’s actually real-time.”

Wilson said the API had cut the amount of time for a test result entering its systems to 1.8 hours for chlorine, 25.1 hours for E. coli and 24.6 hours for turbidity, down from an average of seven days.

“We’re getting these results much, much faster than we ever have before and there’s no manual handling, so there’s no results coming in in paper that somebody then has to input,” he said.

“It’s all automatic straight from the lab and we can then send those results straight through to the DHHS if they need them.

“So it’s a significant productivity and data quality improvement because we know we’re getting the data in the right format straight up.”

The API allows customers to self-service critical information about interruptions and outages without needing to speak to an operator.

“We’ve got an interactive faults map that provides customers with this information, but there’s still a lot of people whose … first instinct is not to go online, but [to] call,” he said.

“What this system is able to do is as soon as a customer phones in and types in their account number, it automatically knows … their exact property.

“And then it will pull the data from our asset management system that is basically also near real-time coming back from the field and determine whether water is on or off.

“And if the water is off, they’ll get an IVR message, as opposed to being put through to an operator, so it’s really just reducing the amount of traffic that having to go through the call centre operators.”

Other APIs developed so far are for “grabbing GIS (geographic information system) data from the GIS database and presenting it to our single view of asset tool”.

A pipeline of other APIs are also in the works.

“For us Mulesoft is a long-term play. It’s going to be a critical part of that future technology architecture, so the plan is ultimately to build all of our integration into this tool,” Wilson said.