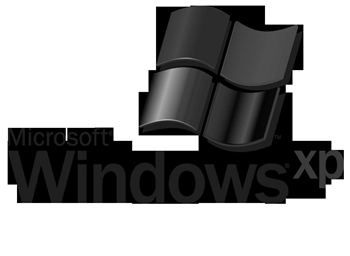 With one year to go before Microsoft stops supporting Windows XP for good, businesses are being warned that failure to upgrade could leave them open to cyber attacks and other security issues.

Windows XP was released in October 2001 and will be 13 years old when Microsoft officially stops sending out updates for it.

That means businesses continuing to run the operating system, which is estimated to still be running on 600 million PCs around the world, will no longer be able to patch the system against vulnerabilities.

However, worrying research from migration specialist Camwood has revealed that many businesses will continue to run XP after its cut-off date.

In a survey of 250 senior IT decision makers at large UK organisations, one in five said they planned to carry on with XP and just 42 per cent had actually started migrating to either Windows 7 or 8.

Adrian Foxall, CEO of Camwood, said it is understandable that some businesses are reluctant to throw money at a migration when XP is still a useable bit of software, despite the fact that many know the deadline is rapidly approaching.

“The message that Microsoft is switching off the lights for Windows XP is being received loud and clear by the IT community but it would appear that the business doesn't understand the perils of remaining on XP after 8h April 2014,” he said.

“In these tough economic times, it is not surprising that business leaders do not want to invest a substantial amount of money in something that essentially isn't broken, as is the case with Windows XP today,” Foxall added.

“But with an estimated 40 per cent of business desktops still running Windows XP and with the clock ticking, IT and the board need to join forces and work together to migrate to a new OS that will support their organisation now and into the future. Failure to do so will put their company in jeopardy.”

However, those businesses that have yet to start migrating away from XP may find that it is already too late to complete the project before XP support ends.

A survey by IT efficiency firm 1E found that just one quarter of UK organisations had completed a migration to Windows 7, while just 40 per cent claimed to be in the process of upgrading. The rest, 1E said, are in danger of missing the deadline altogether.

“The message is loud and clear – organisations that are not yet off the starting blocks or only a little way down the track are highly unlikely to complete before the Microsoft deadline,” said 1E's CEO Sumir Karayi.

“Whether the delay is because they misunderstood the sheer scale of the project, or that they are coming across myriad technical hurdles – from application reinstallation to gotchas around device drivers – which they never encountered before, it means they cannot confidently predict when they will finish the project or how much it will cost them,” he added.

Got a news tip for our journalists? Share it with us anonymously here.
Copyright © SC Magazine, UK edition
Tags:
microsoftpatchingsecuritysupportupdateswindowsxp