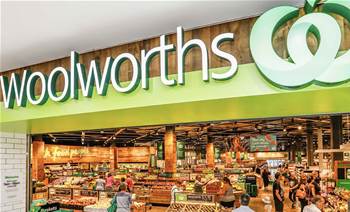 Brings in billions from online.

Woolworths notched up almost $3 billion in e-commerce sales across the group in the back half of 2020, but anticipates a gradual easing off in growth rates as consumers regain the confidence to visit stores again.

The groupwide result of $2.93 billion was up almost 78 percent on the same period in 2019, and included $1.8 billion attributed to its supermarket business alone.

The group continued to put capital expenditure behind its e-commerce and digital efforts, spending $103 million compared to $65 million in the previous corresponding period.

It also put a considerable amount more into IT, with "sustaining CapEx" rising from $67 million to $115 million, though the company did not elaborate on this in its results presentation.

While customers increasingly turned to online shopping options due to a combination of Covid-19 and the lure of improved digital experiences, Woolworths Group managing director Brad Banducci indicated he was unsure how long current e-commerce numbers would last.

He said a close watch would be maintained in the coming months as consumer confidence returned to physical shopping post-Covid.

“On the e-commerce side, just like we have in the physical store side, we have had massive growth, which is partly driven by customer demand for e-commerce services, but also by people needing to be at home," Banducci said.

“What we're seeing in that part of the business now is that customers that accessed e-commerce just for safety reasons are coming back into the stores so they are driving less of our [digital] demand."

Banducci said e-commerce would continue to grow “but it will a bit messy” as consumers felt safer in returning to bricks-and-mortar stores.

He told iTnews that technology talent continued to be important to the group's future prospects.

Woolworths reported total group sales of $35.8 billion, up 10.6 percent, with a net profit after tax of $1.13 billion for the half.