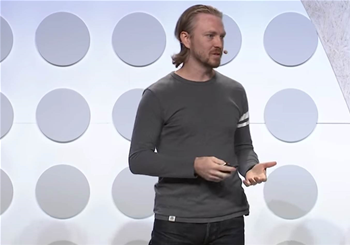 Woolworths has amassed over 1000 active APIs across 10 of its businesses as it increasingly moves to connect customer and employee-facing apps to data and third-party services.

Joshua Rogers, platform technology manager at the retailer’s digital arm WooliesX, told Google’s Cloud 19 conference in the US in April that Woolworths rapidly scaled up its API capabilities under the group’s broader digital transformation.

The retailer started looking to APIs to augment the capabilities of e-commerce websites and apps spread across its different brands and businesses.

“We had the need to connect our consumer applications with some backend services that were not owned by us,” Rogers said.

“We started [on the API journey] with two businesses, six developers, [and] built 15 APIs [that were] handling around 45 transactions per second.”

The retailer uses Apigee, bought by Google in late 2016, as the API management gateway connecting its sites and apps to data sources and third-party services.

Woolworths is using several other Apigee-branded capabilities, including Apigee Sense, which uses AI/ML “to identify anomalies and any other malicious behaviour and stop it before it gets to our systems.”

“A key thing for us to make sure that our customers themselves are getting a consistent experience, no matter who's being malicious on our network,” Rogers said.

Anomalous traffic patterns, such as from locations outside Australia or that generate a higher than expected number of calls, are recognised and alerted via email, Slack, “or even a customized web hook”, Rogers said.

“We want to make sure that we're very cognisant of how much traffic is flowing through Apigee,” he said.

Rogers said the company viewed APIs as “forming a contract between consumers and services”.

That affected how APIs were augmented as well as planning decisions around an API’s future.

“If we don't version it properly, features or data might not be available the next time they call your service,” Rogers said.

“We want to make sure that internally, every contract that we commit to maintains the same level of inputs, outputs and data formats as we once committed to all the way through the lifecycle.

“Which leads me to the next point, which is to know and establish a deprecation policy. Make sure that before you put something into production, you know exactly how you're going to go about taking it out of production as well when the validity or lifecycle of that service is over.”

As e-commerce has grown in stature and use, so have the amount of APIs created to enable different features and functions in the sites and apps run by the various brands under Woolworths.

“We continue to grow,” Rogers said.

“We now have reached over 10 businesses internally, we have more than 18 developers actively developing [and working on] the evolution, modernisation, and the governance of those APIs. We try to keep them up to date and make sure that all 1000-plus of our available APIs are up to the same standard as we want.

“And now we transact over 480 times a second on all of our API's. That's something that we've peaked quite a ways higher [that when we first started], but it is without a hitch.”

More APIs would likely be developed as Woolworths continued to augment its digital experiences.

Development of the company’s virtual assistant Olive, for example, had run into challenges when trying to get access to all the data that developers wanted to help shape that technology and experience.

“One of the situations that we've ran into while establishing a virtual assistant was we didn't necessarily have access to the data that we wanted to improve the customer experience - things like, what time will my order be delivered?” Rogers said.

“We're constantly working on enabling integration and putting that at the forefront of a lot of the business decisions that we make when first designing those services.”

Apigee had also proven useful as WooliesX stood up other new digital experiences such as its Scan&Go platform, which allows shoppers to scan and pay for items in-store using their smartphones.

“During the development of Scan&Go, we needed to move data from our Database as a Service over to [Google] Cloud SQL,” Rogers said.

“Our Database as a Service was operating in an account that we didn't have full control over. We didn't have the ability to react or permit any additional resources, so in order for us to continue to grow and expand our operations, we needed to take that control into ourselves.

“We utilised Apigee to continue that contract with our customers while we make those back-end changes.

“With the support of Apigee we were able to redevelop our loader scripts within Google, move the data over preemptively, and we were also able to test and go through all of the scenarios to make sure that our applications are going to respond to the new data store.”

Rogers said that Woolworths presently runs Apigee solely in Google cloud, but that it is a candidate for a new hybrid product that will allow customers to manage APIs distributed across data centres and clouds.

“We are working with the engineering teams at Apigee to be one of the early adopters of the hybrid cloud, looking to see how it fits into our current cloud operations, permissions, models and structures,” Rogers said.

Rogers said that Woolworths' use of APIs provided both short- and longer-term revenue upside potential.

In the short term, customers benefitted by being presented with a consistent way to interact with the retail giant across its different brands and channels.

"We want to make sure that we have that consistent customer experience across all of our businesses, and what that's going to do is generate a bond with our customer," Rogers said.

"That's going to set some expectations, and they're going to feel comfortable transacting with us, so our immediate revenue increases.

"In the long term, customer retention is also beneficial" to increasing revenue, he added, which again he put down to creating seamless digital experiences.