Who's really getting burned by Kogan Mobile? 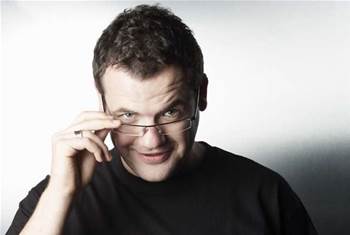 Hint: It's not consumers.

Ruslan Kogan’s foray into telecommunications and the subsequent backlash over Kogan’s promotion of “unlimited” calls masks a bigger issue: data, and how Australian telcos price it.

With the launch of Kogan Mobile, Kogan joined hundreds of other brands around the world that have sought to diversify their business by acting as an MVNO or Mobile Virtual Network Operator.

But Kogan, Aldi, and their dozens of Australian MVNO competitors are playing a game of “guess the usage” when they try and work out the amount of data likely to be used by the consumers they attract.

It’s a game that can have very real consequences for the success or failure of an MVNO, says Ole Sorensen, chief technology officer with Amdocs Australia/NZ.

“You have to assume that all subscribers are not going to use the full capacity, otherwise it wouldn’t work,” said Sorensen.

Get the calculations wrong, said Sorensen, and someone loses money.

Kogan Mobile last week blamed the offloading of customers from its network on overuse by a small group of 200 customers, or 0.2 percent of the 100,000 customers it claims to have.

But that didn’t stop it changing its Acceptable Use Policy to limit all customers from downloading or uploading more than 400MB of data on a single day on three or more occasions in a 30-day period.

Kogan Mobile has revealed to iTnews that it is paying Telstra Wholesale prepaid mobile distributor ispONE on a per user basis. Meanwhile, ispONE pays Telstra for minutes and megabytes.

“Kogan Mobile understands that ispONE is under significant pressure to limit excess usage on the underlying network. This pressure is not being applied by Kogan Mobile,” Shafer said.

Telstra Wholesale has distanced itself from Kogan, confirming only its relationship with ispONE.

And ispONE declined our request for an interview.

Industry sources put the wholesale rate for data between 5 cents and 13.5 cents a megabyte. Even if ispONE is paying the lower rate to Telstra, it wouldn’t take too much excess data usage to make the business unsustainable.

According to Cisco, Australian smartphones chewed through an average of 342 MB a month in 2012, but usage is growing rapidly and is expected to hit 2.6 GB by 2017.

Assuming an average of 350 MB at 6 cents a megabyte, that would put the data cost alone at $21 on a plan that also includes unlimited call minutes for $29.

Kogan said ispONE had acted without the authority of Kogan Mobile in preventing some customers from extending their access after their initial access period expired.

“Kogan is currently resolving the cause of the underlying issue with the distributor and the network operator," Shafer said.

The fast souring of the relationship between Kogan Mobile and ispONE highlights the challenges facing any business looking to operate an MVNO in an industry with razor-thin margins.

“Margins are getting lower and lower and it’s becoming impossible for companies to maintain a service purely based on an MVNO model,” Budde said at the time.

Network operators in Australia have previously been very protective of their turf, said Sorensen, leading to a situation where any third-party offerings have been what he calls “MVNO light”.

“The investment for Kogan and Aldi is about ramming up subscriber numbers. In order to make it into a profitable business, they really need to add subscribers.”

But there’s also retention costs to factor in.

“These MVNOs (Kogan and Aldi) are not looking at retention costs because they are starting off, but it’s a cost that’s going to hit them later on in the lifecycle.”

Nonetheless, Sorensen said it was possible for them to build a viable business if they got the balance right.

“By having subscribers who use everything, they will need to adjust the plan with tiers for a super user or heavy data user,” he said.

Which means Kogan customers should watch for changes to plans and acceptable use rules.

Still, it’s not customers that stand to lose the most. From September telcos will need to notify their users by phone or text message when they come close to reaching their data or spend allocation, under new rules from ACMA.

Delivering that to a demanding customer base - whilst trying to make money on tight margins - will be left to ispONE.