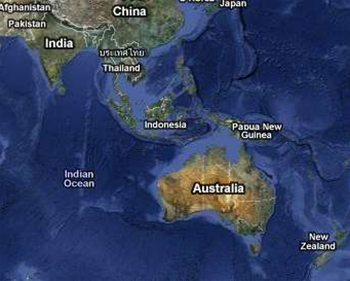 Only addresses for IPv6 bridging left.

The Asia Pacific's regional internet registry APNIC has placed its members on stringent IPv4 address rations, conceding it was now unable to meet IPv4 demands in the region.

Director General Paul Wilson said today that "unprecedented fixed and mobile network growth" in the region meant that today "effectively represents IPv4 exhaustion for many of the current operators in the Asia Pacific".

“All new and existing APNIC Members who meet the current allocation criteria will be entitled to a maximum delegation of a /22 (1,024 addresses) of IPv4 space,” he said.

The ration gave operators little to work with, according to Andy Davidson, director of european operations at Hurricane Electric and former chief technology officer of UK ISP consultancy, NetSumo.

“This is enough space to allow the ISP only to host (network address translation) NAT or ipv4 to ipv6 translation technologies. It is not enough to address a large content infrastructure, hosting environment, or internet access customer-base," he said.

The policy will impact some of the fastest growing nations in the world. APNIC covers 56 economies stretching from Afghanastan to Antarctica.

Some of the giants include India, China, Taiwan and Japan. Then there's South East Asian nations such as Vietnam, Thailand and Indonesia, followed by smaller South Pacific islands, and of course Australia and New Zealand.

“ISPs in the Asia Pacific must begin transition plans if they have not already done so," Wilson said.

"From this day onwards, IPv6 is mandatory for building new Internet networks and services."

IP addresses are used to identify private networks and devices on the internet, such as smartphones, iPads and personal computers.

NetSumo's Davidson points out that IPv4 allows for a maximum of 4.3 billion devices, which seemed adequate in the 1980s but clearly not today.

APNIC has just 16.7 million remaining IPv4 addresses which it said were reserved for “essential connectivity” with the superseding protocol IPv6.

Rationing was part of APNIC’s “Final /8” plan to deal with IPv4 exhaustion, which many Australian operators had already accounted for by stockpiling IPv4 addresses. Optus recently told iTNews that it had a reserve for business continuity purposes.

The allocation that finished off APNIC's dwindling pool occurred this week, after it issued nearly 500,000 IPv4 addresses to the Chinanet Fujian Province Network, according to Davidson.

There were signs earlier this month that IPv4's D-Day was near after APNIC knocked back Microsoft's request for temporary addresses to support its annual TechEd conference.

"There is no IPv4 address space available for temporary allocation," APNIC told Microsoft.