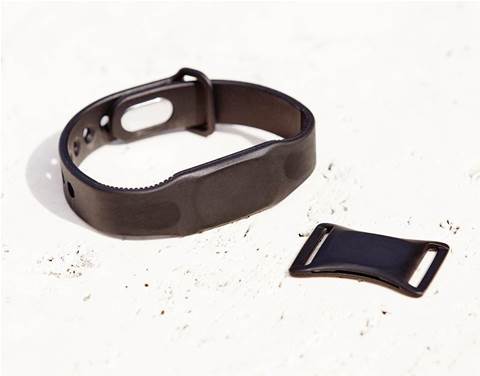 Banks on designers to bring out products.

Westpac hopes to get onboard the wearables payment bandwagon with its new contactless PayWear tap-and-go band.

PayWear initially comprises a silicone band and a clip Westpac calls a keeper that can be attached to watches and fitness bands.

Westpac said it would sign up Australian designers to create products for PayWear, with the Haydenshapes surfboard business the first to join.

The PayWear Essentials silicone band and the keeper contain a PayWear card microchip that is linked to Westpac customers' transaction accounts.

Customers need to use Westpac's everyday banking account and its debit Mastercard with Paywear, which works with existing contactless payments terminals in stores.

Similar to PayWave contactless payments cards, there is no need to use a companion device like a smartphone or watch for transactions.

Westpac cited research it commissioned that showed women and men hide cash on their bodies when going out to exercise or to the beach as a reason why PayWear might be attractive.

In September this year, a Perth liquor store said it would refuse to accept "sweaty money" fished out from customers' underwear and socks for health reasons.

Other Australian banks have also experimented with wearables and add-ons like stickers and cases for smartphones to varying success.

Bankwest this year trialled three in-house designed wearables, taking near-field communications (NFC) chips from credit and debit cards, and inserting them into a key fob, a fitness band and an attachable clip. It is yet to reveal the results of the trial.

Adoption of integration solutions like Android Pay - which Westpac offers - have proven more successful. ANZ Bank is the only one of the big four banks to offer is customers Apple Pay.