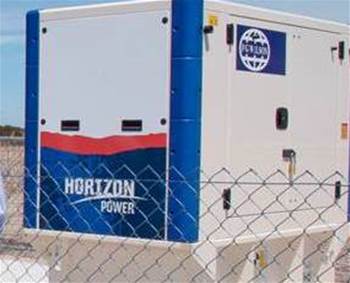 At least six more deployments expected in the next two years.

Telstra and Horizon Power are trialling the use of an off-grid system to power a mobile tower east of Esperance in Western Australia.

The standalone power system or SPS uses a mix of solar and battery storage in place of a connection to the overhead electricity network.

"The SPS unit is powered by eight kilowatt (kW) solar panels, a 16.8kW hour battery and a 26kW back-up generator, which together can deliver 12kW of continuous power," WA energy minister Bill Johnston said in a statement.

It is being trialled on a Telstra tower at Mount Ney as part of “ongoing efforts to strengthen network resiliency” in the state.

"This will enable the tower to continue operating during natural disasters and emergencies, which may impact a traditional network of poles and wires - keeping the local community connected and informed at crucial times," Johnston said.

"The system was delivered by Horizon Power and its joint venture partner, Boundary Power, and is an example of one the many commercial opportunities that can be leveraged by off-grid technology."

The trial is partially a response to the 2015 bushfires, “which destroyed powerlines and knocked out mobile communications in the area,” Horizon Power and Telstra jointly said.

"This off-grid solution is one of 45 units currently being deployed by Horizon Power in the Esperance region on farming properties located along end-of-grid spurs that will soon be decommissioned," they said.

"Transitioning these customers to standalone solutions means Horizon Power can remove the poles and wires, in turn reducing the associated bushfire risks and enhancing reliability of power supply."

At least six more mobile tower SPSs are expected to be deployed throughout Horizon Power’s service area over the coming two years.

The WA government has committed to deploy 1000 SPS units over five years.