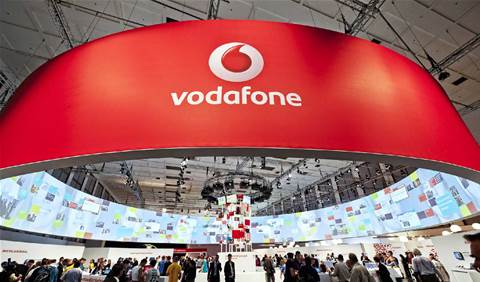 Retail internet providers are in no better position to judge the maximum attainable speed of NBN services than a year ago when most were shamed for “overcharging” consumers, Vodafone has claimed.

In an explosive regulatory filing, Vodafone said it considered NBN Co-supplied speed test results so unreliable that it needed to build its own speed test system to run checks.

iTnews reported in late 2017 that bad processes and data on NBN Co’s side had led to almost all major retail service providers (RSPs) being pinged for “overcharging” users.

Essentially, RSPs received very little upfront information on what a copper-based NBN service is capable of, and ended up putting consumers on tiered services their lines could not support.

NBN Co runs tests in the weeks after a connection is made and supplies those numbers to RSPs.

However, Vodafone said these numbers could not be considered reliable, and left RSPs open to the same problems that saw them shamed and forced to refund customers in 2017 and 2018.

“Service speed was a key focus area across the industry in the second half of 2017. Most large RSPs undertook a series of tasks to ‘right plan’ their customers, and in some cases issue refunds, after it had been accepted that many of their customers were paying for NBN speeds that were unable to be achieved due to the constraints of the NBN technology being used to connect them,” Vodafone said.

“It is worth noting however that despite the various undertakings across the industry on maximum attainable NBN speed, at no point did the same undertaking apply to NBN Co.

“What is provided is a weekly speed report for all copper-based end user connections (FTTN/B/C) based on the results of a single speed test conducted during the week,” it said.

“This result should not be interpreted as a reliable indicator of the maximum line speed associated with an end user’s connection as it is a single, point in time test result that is subject to variability including weather.”

Vodafone said it had “observed significant variability” in the numbers shared by NBN Co, and did not trust them without independent checks.

“As NBN Co is unable to share reliable information on the maximum line speeds that its infrastructure delivers to our customers, Vodafone has been forced to invest in systems to validate NBN Co’s data and inform our customers,” it said.

Vodafone said that the lack of reliable data meant that a consumer might be quoted different speeds by different RSPs.

There was a clear inference made by Vodafone that RSPs could be disadvantaged in the sales process due to poor data.

“We are concerned that this situation will lead to consumers receiving inconsistent information from RSPs about the maximum line speeds that are available at an individual location,” Vodafone said.

“The accuracy of the advice provided to consumers will now differ depending on whether an RSP relies on NBN Co’s inconsistent data source or validates this data to provide more accurate information.

“Further, if two separate RSPs rely on NBN Co’s weekly speed report to inform consumers of their maximum attainable speed, then due to the inherent variability in the data provided to RSPs by NBN Co, it is very possible for a consumer to receive different maximum line speed results from each RSP.

“This will possibly result in the consumer perceiving that one RSP is able to deliver a better experience than the other.”

Vodafone also used its submission to argue that NBN Co should commit to “minimum service standards for the consumer grade product portfolio”, rather than simply offering a “best endeavours, no commitments” service.

“RSPs and consumers should ... receive a service that has a committed minimum performance level more precisely defined,” Vodafone added.

In comments to the same regulatory inquiry, Telstra said that not having reliable line speed information at the point of sale meant it was "unable to use it to set customer expectations when the service is ordered."

Telstra repeated calls for NBN Co to change its rules so that RSPs could disclose service qualification speeds to consumers at the time of sale; this is currently prohibited by confidentiality clauses in the wholesale broadband agreement.

Likewise, Telstra said that it would be helpful if NBN Co revealed maximum attainable line speed data it had, such as in instances where a consumer is simply switching RSPs.

In that case, Telstra said that NBN Co "should be able to disclose the maximum attainable speed so we can set appropriate expectations with customers when they place an order for service at that address."

Update, 3.00pm: NBN Co said in a statement that it has "been providing RSPs with additional granular performance reporting since December 2018, with real time updates. We are continuing to assess options to add further capability to give RSPs a greater degree of control [and visibility] in the management of their respective customers."