Vocus turns to data science to know its customers 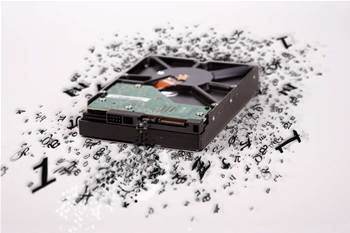 Vocus will turn to data science and artificial intelligence in its quest to transform how it understands customers across its various brands.

The troubled telco last month brought on board Justin Haddrick to lead a “transformation office” that aims to right the ship, which has been struggling financially due to problems integrating a series of acquisitions.

Haddrick came fresh from a project at Momentum Energy where he was charged with creating a “customer-centric mindset” aided by analytics and other technologies – and it seems the experience is set to be applied to Vocus.

Vocus has had a data science team lead – Alex Ji – for nine months, pre-dating Haddrick’s arrival. However, the capability is now set for a significant expansion.

The telco will add a new head of analytics, with responsibility stretching across all data domains.

It will also employ an additional two data scientists with more hires to follow, and has made it clear how much emphasis it will place on data science in the company’s turnaround.

“These roles are critical to delivering on our growth strategy and have significant exposure to the senior leadership team, both the consumer and group executive teams as well as the Vocus group board,” it said.

The new head of analytics is expected to come up with a vision and strategy “that leverages data science and artificial intelligence to optimise the performance of our platform, business and customers".

Vocus isn’t planning only to skim the surface of what is possible with enterprise flavours of AI, it is hoping to take advantage of more advanced techniques including “machine learning, neural networks and natural language processing” in its bid to turn around the company.

While some of this will come from using “cloud-based AI/ML” – likely machine learning services hosted by AWS – it has also flagged usage of the Torch scientific computing framework as well as the Google-developed open source software library TensorFlow, which is mostly used to power applications of deep learning.

The use of such tools would put Vocus at the high end of AI adoption in Australia, and on par with so-called hyperscale online businesses that are also toying with those tools.

Vocus said that, among other things, it wants to “perform data exploration on customer behaviour to discover opportunities for improving [its] personalisation and targeting algorithms”.

It also wants to “sharpen or speed up [its] product and customer decision-making processes” using experimental methodologies and statistical techniques.

The telco said its main focus was on “optimising the customer experience” for its Dodo, iPrimus and Commander brands.

This would include specific projects around “the optimisation of our customer lifecycle management process, prospect targeting, lead nurturing and our capacity provisioning and dimensioning processes”.

“As the NBN rollout process gathers speed, this [work] is integral to the success of the Vocus group of brands,” it said.

Vocus has suffered tumbles in its share price in recent times following profit downgrades as the company admitted it had not integrated acquired businesses into the fold as well as it had hoped.

Following the most recent tumble in May, CEO Geoff Horth said customers buying from the group’s various brands could expect “a different experience” and to have deal with different teams.

That was pushing up the group’s costs because general efficiencies across the group’s businesses were not being achieved and therefore recognised in its financial performance.

Vocus is currently subject to two bids to buy out the company, each worth around $2.2 billion. They are both undergoing due diligence.