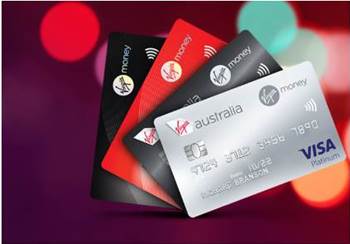 The Bank of Queensland has moved quickly to start work on its full stack technology rebuild indicatively priced at $440 million, announcing its Virgin Money brand will use Temenos “as its core front-to-back Software as a Service (SaaS) capability” for the core of its new digital bank.

Already flagged to investors last month, BoQ reiterated on Thursday that the build to create a new ‘Digital Bank’ would be up and running by the end of the year after a successful proof of concept and will use Deloitte Digital as its delivery partner for the rapid build.

The cost of the new build has not yet had an official price tag attributed to it with fuller guidance on how the indicative $440 million transformation will be carved up expected in April.

BoQ is already an existing Temenos customer but is moving to the core systems provider’s real-time version with Virgin Money being the front runner for a wider rollout across the bank.

After some notable battles with technology, the institution has also recently had some conspicuous success overhauling its mortgage platforms with that arm now growing ahead of system.

At the moment Virgin Money only offers customers credit cards, mortgages and insurance and will use the greenfields Temenos build to provide classic transactional banking services like deposit accounts, debit transactions and presumably access to the New Payments Platform.

“We are at the beginning of an exciting journey as we build an industry-leading digital bank that will be beautifully simple and rewarding. We are committed to delighting our customers by providing a seamless, end-to-end experience across all channels,” Virgin Money’s chief executive Greg Boyle said.

“By working with Deloitte Digital and Temenos to deliver Virgin Money Australia’s new Digital Bank, we’ve selected partners that have a strong capability and a proven track record in delivering.”

The sharp pace of the rollout is sure to prompt further speculation of a banking tie-up between BoQ and fellow Queensland institution Suncorp which has still not been able to get its long-delayed Oracle core banking system up and running for transaction banking.

At Suncorp’s last earnings call analysts questioned why the bancassurer was persisting with its banking play given the difficulties and competition it faces.

Previous market speculation about a potential tie-up between BoQ and Suncorp has centred around the geographic and infrastructure synergies the pair may be able to realise from a marriage to create a northern challenger to the Sydney and Melbourne based Big Four.

The dawn of Open Banking is also placing pressure on smaller bank brands as a wave of ‘pure digital’  neobanks emerges to snatch tech savvy customers without the overheads of branches or legacy systems.

BoQ’s recently appointed CEO, George Frazis has promised investors the bank’s IT rebuild will be chunked down into digestible individual projects over five years that will gradually come together –rather than embarking on a big bang rebuild.

“We are not having any large programs that go on for multiple years… which is where I have seen, in my past experience, where you get a little unstuck,” Frazis said late last month.