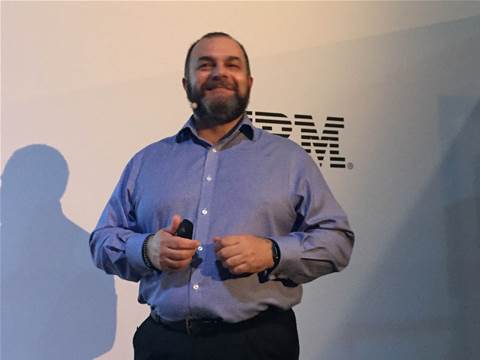 The Bank of Queensland (BoQ) has lifted the lid on a key part of its core systems overhaul and renewal, showcasing its new automated home lending platform that replaces reams of manual paperwork for customers and staff alike.

But the killer feature, according to the bank, is it still allows humans to enter the process as loan documentation grinds its way to settlement.

The public reveal of the new lending platform comes as BoQ, which retains a branch franchise model where managers are essentially business owners, told investors it’s investing heavily in a tech uplift after a lacklustre performance blamed on legacy platforms.

While a replacement to BoQ’s Fiserv core banking system is yet to be announced, the real action around speed to market, better customer experience and tech-enabled process and systems efficiency has kicked off in its home-lending business, which makes or breaks bank profit growth.

With interest rates at historical lows, it’s a market that’s tougher than ever. Especially as tough new responsible lending requirements bite, rules that super-automated loan assessment engines from the majors are still being tested on, as ANZ recently laid bare.

BoQ’s major point of difference in the market has been that it’s small enough to be highly personal yet can still deliver most of what bigger rivals offer. At least that was the plan before a huge push across the finance industry to mobile delivery heavily challenged the appeal of branches.

BoQ’s head of lending platforms, Cameron Alexander, is a serial survivor of bank tech transformations and argues that new machines and applications need to work for humans and help rather than vice versa.

Just removing humans, especially when customers’ needs and circumstances can be varied, isn’t necessarily the greatest fix. Especially in communities where BoQ has made a point of staying in town and empowering what are effectively owner managers.

“There's actually quite a big benefit, because those people obviously want to be involved in their local community, they're very engaged in helping their customers, they have a very personal relationship with them, so it’s a very sort of human empathetic brand in BoQ,” Alexander told the IBM Think conference in Sydney.

“And that's where we really want to focus on in BoQ.”

Alexander said BoQ’s journey towards “digital acceptance” for home loan applications started around a year ago. In simple terms it means that customers can complete the entire process online with documentation, validation and authorisation – signing documents – completed online.

Wet signatures have been replaced by digital signatures, with security bolstered by two factor authentication (SMS is one option), geolocation and some counter fraud checks and analytics smarts that, understandably, are kept under wraps.

The big appeal of the current solution from IBM, which is based on pay-per-transaction basis, is that a customer journey could be completed in stages meaning that if more time or something extra was needed, the customer didn’t have to restart the process.

The platform is cloud based, though hosted only in Australia with the documents staying on the outsourced platform for only 90 days before ultimately being recorded in BoQ’s loan origination system.

One of the pitfalls of many online application systems is that while they might punch through quickly to the approval stage, if something is not quite right after the forms are spat out the customer needs to start all over again.

“This is where it can become a game of snakes and ladders,” Alexander said. “Because if it's not signed properly, or they're not quite right, or there's an error, you slide on the snake right back down.”

“In the meantime the bank needs to generate the documents again. That whole time though, you've got the settlement date ticking along,” Alexander said.

This is the customer experience and major stress danger zone. Given turnaround on new paperwork can often be two weeks or more, and many settlements can be 30 days, there’s plenty of opportunity for anxiety.

“People sort of think that it's a digital signature, but it's actually much more than that,” Alexander explained. “It has purpose built financial services workflows in it so we can direct the actual loan documents to the right people at the right time, when we want to.”

Alexander said this extends “down to things like how long you need to spend reading [the documents] before you can sign them”.

“Is there a scenario where, maybe, a guarantor can't sign them straight away, they have to wait?” he offered. That’s not so uncommon if it’s a parent and they might be in a different city. Or just want to look through the documents.

“All that sort of stuff can be handled in the workflow,” Alexander said.

And while dashboards might seem standard, it’s how you use them that counts.

“We can actually see the status of their documents and where they're up to,” Alexander said. “So off the back of that, obviously, if a customer hasn't returned the documents, we can actually see that in the workflow and go ‘hang on, is there a problem, do you need to ask us any questions?’”

Another point of difference is refining the need for speed in terms of processing and approval. Alexander notes that, humans being humans, sometimes benefit from a little more time to read one of the most important documents they’ll sign in their life. That can be a good thing.

Conversely, exceptionally quick applications might benefit from a second look.

The other big factor for BoQ in choosing to go with an externally hosted pay-per-transaction model was that this negated the total cost of ownership for the bank. It might be worth big banks baking-up their own solutions, but for smaller players a turn-key solution can work a treat.

Then, of course, come the regulatory approvals needed with sending anything from a bank to the cloud. Enter the Australian Prudential Regulatory Authority (APRA) and its rather well-known habit of nosing around risk.

Alexander said a major plus was that APRA was already well acquainted with the IBM solution and how it worked, making that part of the regulatory conversation comparatively quick and easy. For a small bank with limited resources, that means not recutting code or resubmitting fixed product.

“To be quite honest, those two things were probably the key decision points. When we when we looked at the solution, it was going to be easy.”