Video: Malone calls for film industry to embrace the net 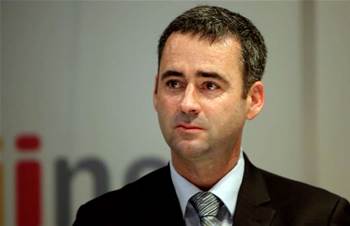 Calls for cooperation rather than litigation.

iiNet CEO Michael Malone has thrown out an olive branch to the film industry after being vindicated by the Federal Court in a case Hollywood brought against his company.

Just minutes after the case against the ISP was summarily dismissed, a very relieved Michael Malone stood outside the Federal Court and invited the film industry to the negotiating table.

"The most important thing now is that we'd like to engage with all those movie studios and other rights holders, and see if we can find a way to get this stuff legitimately online."

Malone told journalists that the case proved the role of an ISP is simply to "move content and packets from point A to point B."

"I think it sets a precedent for ISPs around the world," he said. "But this is jurisdictional and only applies to Australian law. In the Australian context, Justice Cowdroy is saying that ISPs in Australia don't have a positive obligation to stop copyright [infringement].

"That said, I think the best way for us to all stop the copyright violation - which doesn't help iiNet either - is to make the material legitimately available to customers.  The most important thing for us is to engage with those studios and see if we can get that stuff online," said Malone.

iiNet and several other ISPs offer "freezones" where customers can download unmetered content that has been approved in deals between the ISP and rights holders.

Malone said that while it wasn't "unreasonable" for the film industry to seek ways of solving the rampant downloading of copyright protected material, the film studios had "wasted a year" pursuing iiNet.

"Our view is [that] this isn't the proper way to do it," he said. "The best way to do it is make the material legitimately available."

He said the film industry could learn from the Australian music industry, which by embracing new online distribution models had improved its profitability by 4.8 percent in figures reported yesterday, driven by a 46.2 percent increase in online sales.

"The film industry needs to take the same approach," he said.