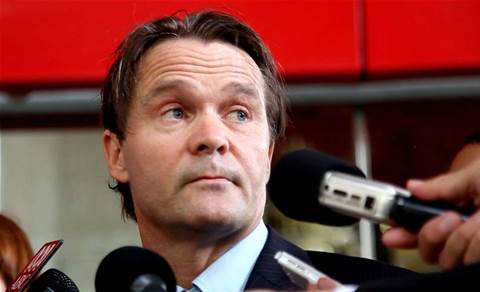 Representatives from the film industry have called on the Federal Government to step in to police online piracy after losing a vital civil battle with ISP iiNet in the Federal Court today.

As reported live from the courtroom by iTnews.com.au, Justice Dennis Cowdroy found that Australia's No.3 internet provider did not authorise copyright infringement on its network.

The Australian Federation Against Copyright Theft (AFACT), representing the film industry, was ordered to pay iiNet's costs, estimated at $4 million.

"Today's decision is very disappointing for the film industries who launched the case and for the 50,000 Australians who are employed in the Australian film industry," said the federation's executive director Neil Gane (pictured).

"We believe this decision was based on a technical finding centred on the court's interpretation of how infringement's occur and the ISP's ability to control them. iiNet accepted the evidence we provided as legitimate proof of copyright infringement on their network."

Gane asked that the Federal Government step in where its litigation failed.

In the weeks leading up to the trial, Federal Communications Minister Senator Stephen Conroy said he was "watching the case with interest". He said the outcome would "inform" the Government's policy decisions.

In July, the Minister promised he would find a solution to the problem of online piracy.

"It's well recognised by Government that it is a problem," Gane said today. "We are confident that going forward, Government policy will not be supporting an outcome which allows for the continued, rampant and unaddressed infringements that are occurring across the internet."

"We are not ruling anything in or out," he said. "We will now take the time to review the decision before making comments going forward."