Victoria's new fines IT system to be delayed again 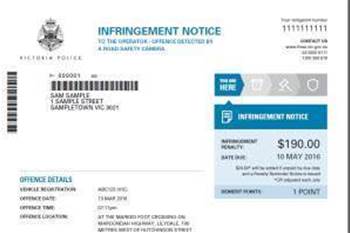 The go-live date for the Victorian Justice department's new fines system is likely to be pushed back by another five months after the government proposed a further delay to the troubled project.

This time last year the agency signed Civica International in a $103 million deal to replace its existing 20-year-old platform with a new infringements, enforcement and warrants (VIEW) management system.

It represented the second attempt by the agency to replace the fines system after a 2007 deal with Tenix Solutions went sour.

The state government later reached a settlement with Tenix, and wrote off $60 million from the project.

The IT difficulties forced back the commencement of reforms to the enforcement of fines, first introduced in 2014, by 18 months to December 31 this year.

The Civica platform was required to be operational on January 1 2018 in line with the commencement of the legislative changes.

However the state government is now asking parliament to push back the start date of the reforms - intended to unite the disparate management of unpaid infringements - by five months to May 31 next year to accommodate tweaks to the VIEW systems.

Proposed changes to the legislation that reflect the new commencement date passed the state's lower house late last week, and are currently being debated in the upper house.

Jennings said the state government was also looking at legislative changes to the state's tolling infringements system in order to deal with the overload of unpaid tolls swamping the courts.

"While it is intended that the Fines Reform Act commence on 31 December 2017 as currently planned, the bill will extend the default commencement date of the act to 31 May 2018 to allow sufficient time to consider the changes to the VIEW system necessary to support these reforms and to maintain the integrity of Victoria’s infringements system," Jennings told parliament late last week.

The legislative changes are expected to pass through the upper house.

Civica was also recently awarded a separate $200 million contract to run the contact centre for Fines Victoria, the agency established to administer the new infringements model, for the next five years.