Victorians can use AusPost Digital ID as proof of age card 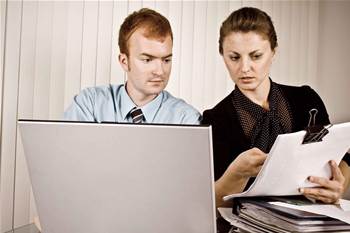 Victoria has begun accepting a digital version of Australia Post’s Keypass ID card as a valid form of identification in licensed venues across the state.

Gaming and liquor regulation minister Marlene Kairouz approved the use of Keypass within the Digital ID platform as an acceptable proof of age document over the weekend.

It follows a trial of the technology at more than 50 licensed venues in Fitzroy between October 2017 and January this year.

The Digital ID identity verification service allows an individual to prove who they are when applying for things like a bank account or accessing government services.

It uses the federal government’s document verification service (DVS) to verify an individual’s ID documents. The person can then use the platform prove their identity wherever Digital ID is accepted.

Keypass is a physical proof of age and identity card provided by Australia Post. It has been offered in digital form since Digital ID launched last year.

Once a digital Keypass ID has been set up, Victorian liquor venues will need to scan a QR code to confirm an individuals' identity.

“This new smartphone form of ID will mean Victorians can leave their passport, driver’s license or proof of age card at home before heading out for the night – and help venues ensure the patrons they’re serving are above age,” Kairouz said in a statement.

Unlike NSW and South Australia, Victoria is yet to trial or rollout digital driver's licences.

Australia Post’s website also states that Keypass in Digital ID is officially accepted in the Northern Territory and Tasmania as proof of age, but a spokesperson confirmed that Victoria was the first to approve its use.

AusPost is working to embed Digital ID in Australia as the identity solution of choice.