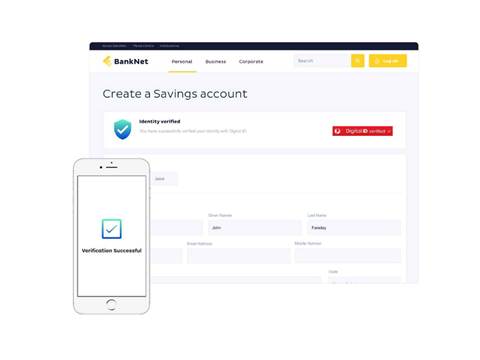 The postal body has been developing the Digital iD service - which is yet to be publicly available - since early 2016.

The new partnership with the DTA marks the first step in its full launch. AusPost has already started integrating the solution into its own products, and it will become available on the Apple and Google app stores in the second half of this year.

Digital iD offers users the ability to prove who they are online for things like applying for a bank account, accessing government services, or proving your age at a bar, Australia Post says.

Once a user's identity is verified - through ID like a passport, driver's license, or Medicare card - the details can be saved so the individual can prove their identity later wherever Digital iD is accepted.

Australia Post and the DTA will develop a proof-of-concept for the use of Digital iD with government services.

It is intended to remove the occasionally arduous processes involved in proving identity to government and private sector organisations.

The digital identity framework being built by the Digital Transformation Agency for the Commonwealth involves a set of standards, the underlying technical exchange, and partnerships between agencies.

The DTA unveiled its plans to create a whole-of-government approach to verifying identity across all online transaction services in 2015. It initially went to market for advice on the exchange, but decided not to purchase a solution and instead build one itself.

When first signing up to the platform, users will be asked to provide their name, email address, and phone number, and verify their details via email or SMS. They will then need to provide information from three identity documents for verification.

Initially only simple online government services will be available on the platform, with more complex transactions to be added over time. Govpass is currently in private beta and is expected to move to public beta early next year.