Victorian mine drone in near miss with aircraft 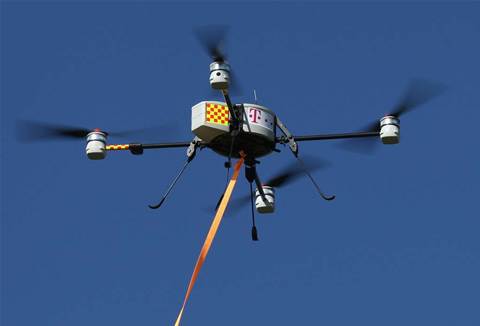 The incident, which the Australian Transport Safety Bureau (ATSB) rated as serious, saw the Sensefly eBee 178 unmanned aerial vehicle (UAV) come "within about 100m horizontally" of the crop duster. The vertical separation was up to 70m.

It occurred midway through a four-hour aerial photography operation being conducted at Iluka's Echo mine, a mineral sands deposit in the Murray Basin in which mining has ceased.

The crop duster pilot said he did not see the UAV come within range of his flight path, and was informed of the incident by the UAV operator a day later. He had been spreading fertiliser in a paddock adjacent to the mine's boundaries.

"It was normal procedure to turn the radio down to minimise distractions during low level operations," the ATSB said, noting that the near-collision occurred when the crop duster was between 50ft and 150ft above ground level.

The UAV operator eventually managed, via Iluka's mine manager, to relay a message to the farmer, who then passed it to the crop duster pilot. However, the pilot "assumed this would be a fixed-wing aircraft" — not a UAV — "operating at or above 500 ft above ground level", and said he intended to remain below that level "to ensure separation".

The drone had been attempting to land when the incident occurred. The operator took evasive action by placing the drone in a hold, maintaining its altitude.

Investigators said the drone operator and the crop duster pilot offered differing views of the potential seriousness of the incident.

While the pilot thought colliding with a drone "may potentially have resulted in aircraft damage due to ingestion into the engine, windscreen damage or pilot distraction", the UAV operator "thought it unlikely that it would have caused any damage".

Since the incident, the drone operator has presented to air traffic controllers at Moorabbin Tower on UAV operation in rural areas, and has also "commenced a campaign to advise agricultural aircraft operators of their work".

The ATSB said the incident "highlights the challenges associated with having a diverse mix of aircraft operating in the same airspace".