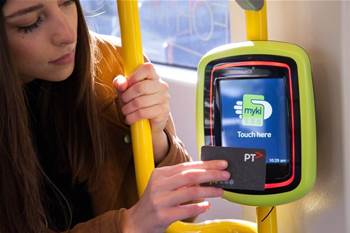 Must get its house in order before 2024.

The Victorian government is looking to replace wireless ticketing devices across the myki public transport system in preparation for the end of 3G services.

The Department of Transport began an expressions of interest (EOI) process this week, as it continues its search for a new provider to operate the myki system when NTT Data’s agreement expires in 2023.

Wireless vehicle-based ticketing devices have been used onboard buses and trams in Melbourne and regional centres since myki was introduced.

The devices, which use Telstra’s 3G network, are “dependent on a 3G wireless network to function effectively”, according to the department.

But with Telstra planning to switch off its 3G data and voice services by June 2024 so it can use the spectrum for 5G, the devices will soon become obsolete.

The department is seeking submissions from providers interested in supplying, integrating and installing new wireless ticketing devices, as well as gate readers at stations.

“This EOI is intended for organisations with the capability to deliver the required new devices (such as the vehicle-based ticketing device onboard buses and trams and rail station gate readers),” it said.

Future devices will be expected to support new and emerging payment methods, as outlined by the department in its approach to market for a new myki operator last year.

This includes contactless-enabled credit cards and other payment options such as mobile myki, the digital equivalent of a myki card that uses Google Pay.