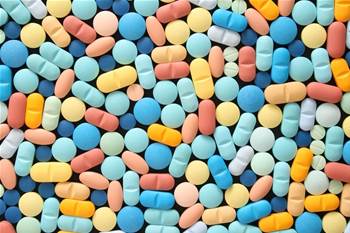 SafeScript to be mandatory from April 2020.

The Victorian Department of Health and Human Services (DHHS) has begun the initial rollout of its cloud-based live prescription monitoring system to reduce the avoidable deaths from overdoses in the state.

SafeScript, built by pharmacy systems specialist Fred IT on Microsoft Azure, monitors the prescription and dispensing of all Schedule 8 medicines such as morphine and oxycodone, along with other high-risk substance like codeine and diazepam.

The statewide rollout of the system began in April, following the success of a pilot across the Western Victoria Primary Health Network that kicked off in October last year.

From April 2020, all medical practitioners and pharmacists in the state will need to access the system before dispensing or prescribing controlled substances.

The data is then stored in Azure SQL, with PowerBI used for further analysis and reporting.

Fred IT has also consulted with Australian Health Practitioner Registration Authority to create profiles for eligible practitioners to control who can access SafeScript, with multi-factor authentication and Azure Active Directory used to mitigate unauthorised users gaining access to the system.

To support the SafeScript rollout, DHHS is also deploying an education initiative for healthcare practitioners and consumers to make sure help is available when “doctor shopping” (visiting more than one doctor to obtain multiple high-risk prescriptions) is occuring.

Matthew McCrone, director of real time prescription monitoring implementation for DHHS, said in a statement that the new platform will give both pharmacists and prescribing doctors immediate insight into whether a patient is doctor shopping.

“If [clinicians] have information in front of them that they wouldn’t have otherwise had – for example, that that patient is seeing other doctors or is on other medicines, which means the medicine they were considering is even more risky – the clinician needs to know what they’re going to do next,” McCrone said.

That information will be automatically identified by SafeScript and an instant alert will be sent to the doctors and pharmacists involved.

The same approach was also used for DHHS’ overhaul of its mission-critcal client incident management system, which won the 2019 iTnews Benchmark Award for best healthcare IT project.

“The approach has delivered exceptional results – and now provides a scalable, robust and flexible platform for expansion to become a national system,” Hodgkinson said, which is at odds with the department’s NSW counterparts decision to wait for a national system - despite persistent pleas from doctors and community groups.

In 2017, 414 Victorians suffered fatal overdoses from prescription medicines, higher than the state’s road toll that year.