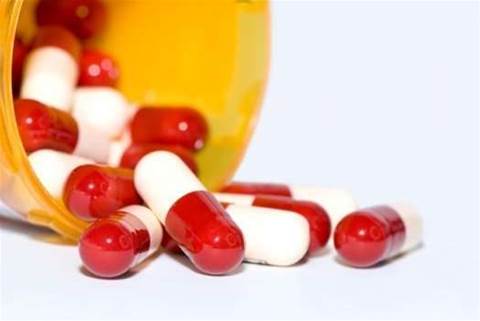 The Department of Health will establish a national data exchange for transferring prescription information between states and territories in real-time.

The exchange is the first piece of work for the national prescription monitoring system, which was funded with $16.4 million last year to target the misuse of certain prescription drugs.

The system will be used to instantly alert pharmacists and doctors if a patient has previously been supplied with prescription-only medicines that contain morphine, oxycodone, dexamphetamine and alprazolam.

Patient history information will be pulled from both “prescribing and dispensing systems” and “jurisdictional regulatory systems” to inform decision making.

“Key information such as patient history will indicate whether patients have received permission from the regulator to access target drugs, and whether any of these drugs have recently been dispensed to patients,” tender documents state.

“This will be provided in real time to the clinician making the decision to prescribe or dispense these medicines.”

But to do this a national data exchange (NDE) is required to enable integration with existing systems and allow users to interface with the real time prescription monitoring (RTPM) system.

“The NDE component uses the prescription dispensing events from all states and territories to prevent cross-border drug shopping abuses.”

“The NDE component will allow regulators, doctors and pharmacists, as well as other system users to interface directly with the national RTPM system from their existing clinician software.”

The department is now asking the market for a service provider to design, build and deliver the NDE that can “accommodate up to a maximum of 10,000 simultaneous health professionals accessing the system within the peak load period”.

The NDE will need to hold a minimum of two years of prescribing and dispensing data for each patient, though legal ownership of the data will be retained by each state or territory.

The system will also be required to keep all data onshore and ensure “all data messaging must be encrypted”.

It will also need to be extendable to “other methods of identifying and receiving correct patient information” such as “using barcodes” or “driving licence [number]”.

The department expects to have integrated the system with all “available jurisdiction’s regulatory systems and available medical software systems” by July 2019.

A number of other states are also progressing their work on similar prescription monitoring systems.

NSW is in the process of implementation, as is Victoria, which picked Fred IT deliver its $29.5 million centralised tracking system next year.

The ACT is similarly working towards havings its own real-time drug tracking system operational by March next year.

Tasmania remains the only state in Australia to have successfully introduced a medication tracking system.