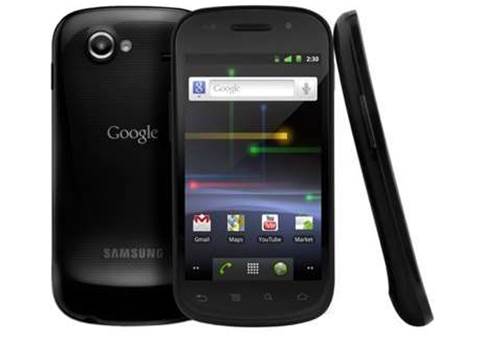 Near Field Communications returns - with the same challenges.

Telstra and VHA have revealed cautious optimism for the resurgence of Near Field Communications (NFC) in Australia, but doubts remain as to who might profit.

NFC is a contactless connectivity standard that enables mobile phones to be swiped against a reader to make small purchases or for access control.

After several years of relative obscurity in Australia, the technology could be making a second coming as new NFC-enabled handsets entered the market.

Gingerbread was being touted by Google in part for its NFC support.

Apple's next-generation iPhone 5 was also rumoured to be capable of NFC.

A spokesman for VHA told iTnews the carrier was "working closely with our colleagues at other Vodafone and 3 mobile operating companies across the world to understand results of their current NFC trials and the associated customer services and the market opportunity in Australia."

The spokesman did not respond directly to the question of whether it believed there was money to be made from a VHA-branded or partner-driven NFC offering.

"A lot of big operators are starting to do things," Bradlow said, referring in part to a joint venture between US carriers AT&T, Verizon and T-Mobile to create a mobile payment system called Isis.

"But there's still a lot of uncertainty in the industry. There's multiple ways of tackling NFC... [and] no one's quite sure if they can make money out of it."

The two-year prediction was supported by a Sybase 365 survey of attendees at this year's Mobile World Congress in Barcelona – the driver for the resurgent interest in NFC.

Three-quarters of 251 respondents surveyed at the show suggested a two-year timeline for more widespread adoption of NFC.

But about 40 percent cited a lack of coordination among mobile operators, merchants, payment processors, banks and developers as a key inhibitor to that occurring.

Other challenges to adoption included the lack of NFC readers at point-of-sale terminals (26 percent) and inadequate handsets (25 percent).

Australian telcos conducted NFC trials in 2007 and 2008 but were defeated, in part, by a lack of handsets that would have supported a wider-scale launch of the technology.

In August 2007, Telstra joined NAB and Visa to announce a micropayment service trial that would enable customers to swipe their handsets against a Visa payWave reader to make small payments worth up to $35.

The trial occurred in Melbourne in early 2008 and included "joint Telstra and NAB Visa customers as well as selected merchants".

Despite giving it a "thumbs up", a commercial NFC launch did not eventuate for Telstra. Meanwhile, contactless Visa payWave terminals have become reasonably common in retail outlets.

Bradlow blamed NFC's commercial obscurity in Australia on a lack of handsets, and the trial's use of the single wire protocol (SWP) -- a specification denoting the connection between the SIM card and the phone's NFC chip.

A separate 2008 trial of NFC was run by the Commonwealth Bank and MasterCard, using technology by vendor ViVOtech.

Users were given a free handset at a MasterCard-sponsored golf tournament that could be swiped against a MasterCard PayPass terminal to make small payments.

It appeared likely that future NFC applications would centre on the makers of handsets and operating systems, rather than telcos as had occurred in previous Australian trials.

Bradlow said he believed that Apple and Google "will go their own way" with an over-the-top (OTT) play that used their respective handsets but did not result in additional revenues for telcos.

Optus and Visa were contacted to contribute to this report but did not respond by the time of publication.