Veteran KPMG CIO to move on to global project 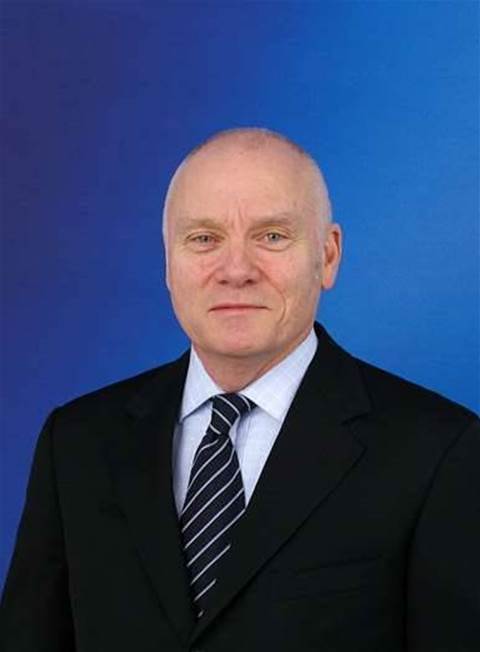 McBride, 58, will retire as Chief Information Officer (CIO) on June 30 after 19 years with the firm, and move on to a new position which rolls out a system developed by KPMG Australia to the firm's global operations.

McBride has been KPMG's CIO for nine years, before which he was the firm's finance partner.

He took on the newly-created CIO position in 1990 to oversee the implementation of the firm's first SAP system.

"In those days, nobody wanted to look after IT - so the finance guy always got it," he told iTnews.

McBride has since built KPMG Australia's IT department into a 240-strong team, 170 of which maintain IT operations and 70 of which run a specialist group around Knowledge Management.

KPMG Australia's partnership policy sees McBride retire as CIO, but he "won't be off playing golf," he says.

McBride will instead become a consultant for KPMG on a regional and international basis, working on a project that highlights the strength of his Australian team.

KPMG Australia has developed an SAP-based practice management system that has now been chosen for adoption by KPMG operations worldwide.

McBride will directly oversee the implementation of the system at a regional level (in 12 KPMG operations in the Asia-Pacific) and also be hired as Change Management Advisor to the project globally.

The fact the Australian IP is being rolled out globally is "absolutely a feather in our cap," McBride said.

KPMG Australia's new CIO, to be based in Melbourne, will be expected to lead "multi-geography" integration projects with ten KPMG operations across the Asia-Pacific region.

Applicants will be interviewed alongside an internal applicant from within KPMG.

McBride said his biggest challenge as CIO of KPMG Australia was being charged with change management in an organisation controlled by a partnership rather than a direct line of report.

The new KPMG Australia CIO will need to embrace both KPMG's global technology strategy and the strategy of the local partnership - even when their strategies differ.

"In a corporation, someone says we are doing this, and people line up behind them," McBride says. "In a partnership, your shareholders are often the management. It can be a challenge getting funding and acceptance when shareholders are in the room with you!"

McBride hopes his replacement will have the same enthusiasm he holds for Knowledge Management.

For much of his time at KPMG Australia, McBride held the dual-role of CIO and Chief Knowledge Officer.

It will be important, he says, for organisations to embrace Enterprise 2.0 technologies to enhance their ability to collaborate.

"We have always known what we wanted to do, but until recently the collaborative technology simply didn't exist to do it," he said. "I believe technologies like blogs, wikis, SharePoint; these will underpin the objectives of knowledge sharing."

"The undergraduates coming through seem to get that," he said. "Now we need business leadership to connect with it."

"I will definitely be keeping my oars in the waters of Web 2.0," he said.