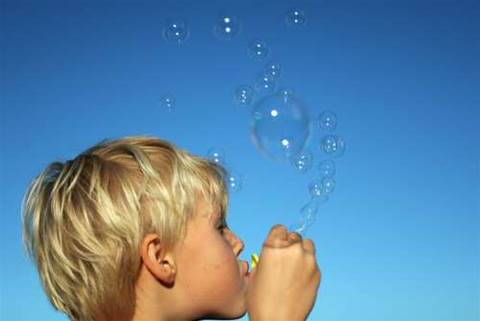 Lack of transparency could create a bubble.

Venture capitalists are wary of the secondary markets that have soared in popularity with investors looking for a piece of action in private companies like Facebook, Twitter and Groupon.

The secondary markets, which enable the exchange of shares in privately held companies, are a black hole because private companies are not required to disclose financial information.

"It is scary and I would be very careful before doing any such deals," Axel Bichara, partner with Atlas Ventures said during Reuters Global Technology Summit venture capital panel on Wednesday.

Secondary markets have become a hive of activity among buyers and sellers seeking shares in hot Internet companies.

For instance, SecondMarket, which is a private exchange, reported more than US$100 million in private stock transactions during the first quarter driven largely by demand of shares of consumer-friendly social media companies Facebook, Twitter, Groupon, LinkedIn and Zynga.

On the flip slide, a group of Facebook shareholders is seeking to offload US$1 billion worth of shares on the secondary market, representing one of the largest transactions of Facebook shares to date.

The risks however of working these private exchanges are high.

"I am a little bit skeptical of how some of these things are in the process of getting priced," said Saad Khan, partner at CMEA Capital.

"I don't know who the buyers are. I wonder sometimes how sophisticated they are. I also wonder what kind of disclosures these private companies have to make. How much transparency do we really have into the business?"

Valuations of social media companies in particular have rocketed in part because of trades on the secondary market signifying the pent up demand to own a piece of the next big thing.

Only a handful of these companies, such as LinkedIn, have filed for an IPO though Groupon and Facebook are expected to make their public debut in the next year.

"There may be a need for a new kind of regulation for those markets," said Rob Glaser, a venture partner at Accel Partners and chairman of RealNetworks.

"Hopefully people will come up with a sensible balance between something that adds transparency to that market segment without making it a completely nightmarish process."

Khan described the current environment as the "Wild West" with people on the hunt for future prospects -- the next Google for instance, which had a wildly successful public debut.

Yet in the world of venture capital liquidity is king. Bichara said that while the IPO markets are in better shape now, it's nowhere near the heights scaled during the late 1990s.

"If those secondary private exchanges lead to a new kind of IPO market, a new kind of liquidity market would be highly interesting because the threshold of going public on Nasdaq is so high," Bichara said.