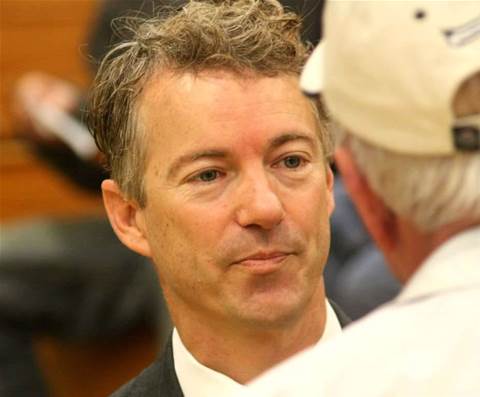 Republican US Senator Rand Paul has teamed up with a conservative political group to sue President Barack Obama and top US intelligence officials over the National Security Agency's collection of the telephone records of millions of Americans.

The lawsuit asks for a federal judge to halt the collection of the records and destruction of any now held by the government, arguing that the program violates privacy rights protected by the US Constitution.

Paul, a Kentucky politician seen as a potential 2016 presidential candidate, filed the lawsuit with Matt Kibbe, president of FreedomWorks, a conservative and libertarian non-profit organisation whose politics is aligned with the Tea Party movement. The Tea Party advocates smaller government and lower taxes.

Paul said he wants the lawsuit to become a class action case on behalf of every American who has used a telephone in the past five years, potentially hundreds of millions of people, and to go all the way to the US Supreme Court.

"We think it may well be the largest class action lawsuit ever filed on behalf of the bill of rights," he said today.

The lead lawyer is former Virginia Attorney General Ken Cuccinelli, a Republican who lost the governor's race in November after filing several high-profile legal cases including an unsuccessful challenge to Obama's healthcare law.

Other lawsuits are pending in federal courts around the United States that seek to end the NSA program.

In response to Paul's lawsuit, the US Department of Justice has cited a 1979 Supreme Court ruling that held the government could search phone records without a warrant because people have turned them over voluntarily to a third party, the phone company. The program is also valuable in fighting militant groups such as al Qaeda, the government said.

Americans' confidence about US intelligence practices and the privacy of their information have been shaken following damaging disclosures about US surveillance tactics from former US spy agency contractor Edward Snowden.

Snowden's revelations that the NSA collects vast amounts of basic telephone data on foreigners and Americans has prompted calls for change from the public and US lawmakers on both the right and left, amid Obama administration promises of reform.

Besides Obama, the lawsuit identifies other defendants, including James Clapper, the US director of National Intelligence; Keith Alexander, the director of the NSA and James Comey, director of the Federal Bureau of Investigation.

The Obama administration said it did not expect the lawsuit to be successful. "We remain confident that the program is legal, as at least 15 judges have previously found," Justice Department spokesman Peter Carr said.