US raps China over technology interference 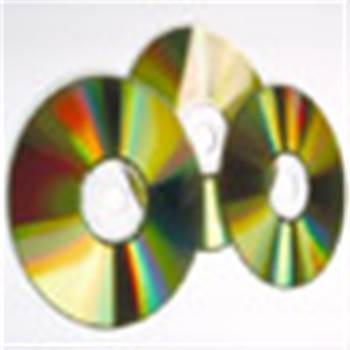 Despite international pressure, China's government continues to meddle in the country's technology markets in an attempt to block foreign firms and support local industry, US trade officials say.

The claims came in a new report from the office of the United States Trade Representative, (USTR) to the House of Congress.

The USTR handles US foreign trade negotiations and helps the administration set trade policies. The report was presented this week, five years to the day since China joined the World Trade Organisation.

The trade officials are concerned by China's telecoms regulator's "continuing interference in commercial negotiations over royalty payments to intellectual property rights holders in the area of 3G standards, [and] the continuing pursuit of unique national standards in many areas of high technology that could lead to the extraction of technology or intellectual property from foreign rights holders".

The continued US pressure comes days after the Organisation for Economic Co-operation and Development reported that China is now the world's second biggest spender on research after the US.

China will spend US$136bn in 2006, and is expected to surpass US expenditure by 2020. The US also wants China to do more to protect the rights of inventors and other holders of intellectual property.

"The government's goal is for China to become an innovation society, creating new technologies and being on the receiving end of royalty payments," said Beijing-based intellectual property rights lawyer Stan Abrams in a letter to clients of law firm Lehman, Lee and Xu.

"The foundation of the intellectual property system is the belief that the granting of limited government monopolies encourages innovation.

"Progress has not been as fast as some of us would like, but in most areas, it has progressed in a relatively short period of time."

China is promoting its own hastily developed standards for 3G mobile communications, DVD-style discs, digital TV, Wi-Fi, RFID, audio and video coding, and several other technologies, despite the existence of tried and tested international standards.

China's insistence that its TD-SCDMA standard is rolled out simultaneously with foreign 3G standards has been blamed for a delay of more than a year in the introduction of 3G phones to China's huge mobile market because TD-SCDMA is not ready.

The USTR statements imply that the government has reneged on agreements to remain neutral in this area.

"In some cases, the objective of these policies seems to be to promote the development of Chinese industries that are higher up the economic value chain than the industries that make up China's current labour-intensive base," the USTR claimed.

"In other cases, China appears simply to be protecting less competitive domestic industries.

"China has continued to resort to industrial policies that limit market access for non-Chinese origin goods and foreign service providers, and that provide substantial government resources to support Chinese industries and increase exports."

Got a news tip for our journalists? Share it with us anonymously here.
Copyright ©v3.co.uk
Tags:
chinainterferenceoddwareoverrapstechnologyus