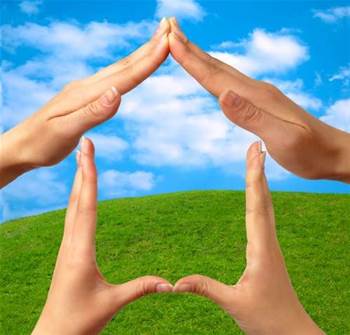 Amongst a mass of pre-Christmas announcements.

Broadband Minister Stephen Conroy has made available draft legislation aimed at mandating the use of fibre connectivity in any new housing estate.

The draft legislation has been floating around the 29 members of the Government's fibre-in-greenfields reference group since early December, but the Department of Broadband, Communications and the Digital Economy (DBCDE) chose two days before Christmas to make the legislation available to the public.

Housing developers, led by the Urban Development Institute of Australia, had complained during a public consultation process that the deadline looms too soon for the planning cycles of most developments.

Specifically, the Bill prohibits a person from installing a fixed line for the purposes of a telecommunications service in a new estate unless it specifically is an "optical fibre line."

The bill reads that this rule would apply to both "building lots" and "building units."

However, the Bill affords Minister Conroy the freedom to pick and choose which types of housing estates require fibre connectivity and what estates are exempt from the legislation.

A spokesman for the DBCDE said that whether a new high-rise apartment building, for example, will be required to provide copper connectivity, is at the Minister's sole discretion. "It is envisaged that this will include new multi-unit developments," the spokesman said.

"By enabling the Minister to specify a development or classes of developments in which optical fibre lines will need to be installed, the legislation enables the Minister to implement the Government's policy on a targeted basis that can take account of changes in this market over time and regional or local circumstances," reads the explanatory memorandum accompanying the legislation.

"The Bill also enables the Minister to specify in a legislative instrument that where optical fibre lines are generally required. Non-fibre (eg. copper) fixed infrastructure may be permitted (for example, where customers have equipment that requires the use of a non-fibre line)."

The use of copper infrastructure may be allowed if the Minister can be shown that it is "required to operate particular customer equipment because of its technical characteristics." A spokesman for the DBCDE said several types of  legacy PABX phone systems, for example, still require copper connectivity.

The draft legislation does not include a "regulatory impact statement" - as market incumbent Telstra and Government-owned challenger NBN Co are in the midst of deep discussions that will alter the competitive landscape.

The Department promised the industry it would provide "industry codes and standards" to housing developers and carriers, such that the Government can ensure "a high level of consistency with the network outcomes available on the National Broadband Network".

"This would provide guidance to infrastructure providers and assurance to developers, property buyers, local councils and others that appropriate fibre-to-the-premises infrastructure was being installed," the explanatory memorandum stated.

The Government also expects state and local governments to adjust their local planning arrangements to suit the Bill, which would "further support the roll-out of fibre-to-the-premises, and where necessary, the installation of fibre-ready facilities, such as appropriate ducting."

While no agreements with thyese governments have been finalised, the DBCDE said it would consider feedback from the exposure draft of the legislation before moving ahead.

"The Government is already working co-operatively with the States and Territories on this issue as agreed at COAG (council of Australian Governments) earlier this year," the DBCDE spokesman said.