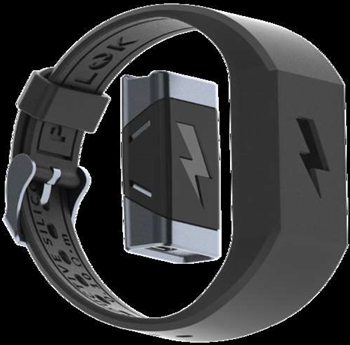 Buzz customers out of their bad habits.

British technology company Intelligent Environments wants to deliver its customers an electric shock when they overspend from their bank account.

The company said its IoT-enabled banking platform will feature the Pavlok wristband, named after Russian scientist Ivan Pavlov who developed the classical conditioning theory on how to alter subjects' behaviour through the use of potent stimulus.

Customers are expected to connect their bank and credit card accounts to the Bluetooth-enabled Pavlok via the 'Interact' IoT platform, and set spending limits.

Should the person go over the limit, the Pavlok will deliver an electric shock through the wearable device. The shock is described as "an electric sensation that ranges from pleasant to slightly uncomfortable" to wearers of the band, but the company insists it is safe.

The voltage can be adjusted from 17 to 340 volts, and the Pavlok can also be set to vibrate only.

Intelligent Environments is also thinking about connecting smart thermostats such as Google's Nest device to the banking platform. If a customer's account balance drops below a self-imposed level, the thermostat will lower the temperature to a user-defined setting.

This, the company said, could save users significant sums of money every year in heating bills.