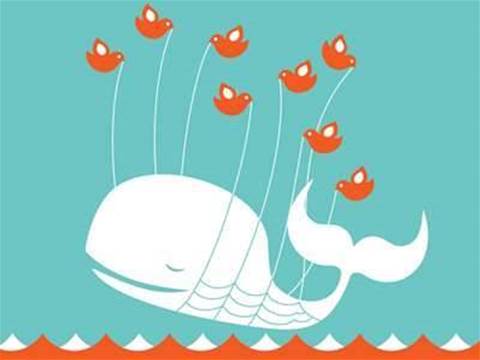 Twitter's fail whale has had a busy few weeks, with the microblogging site reporting its worst performance in months.

As of 10am this morning, Twitter's average June 2010 uptime was 98.49 percent according to website monitoring service Pingdom - the lowest since its June 2008 score of 98.39 percent.

In a blog post last night, Twitter spokesman Sean Garrett warned users of more outages in the coming weeks, as the company made adjustments to the site.

He attributed the June outages to networking issues that were uncovered when engineers attempted to increase Twitter's capacity for the 2010 World Cup.

"We have uncovered unexpected deeper issues and have even caused inadvertent downtime as a result of our attempts to make changes," Garrett wrote.

"Ultimately, the changes that we are making now will make Twitter much more reliable in the future. However, we certainly are not happy about the disruptions that we have faced and even caused this week and understand how they negatively impact our users."

Twitter Places asks users to click on an 'add your location' link below the tweet box, and displays  location will then appear underneath the user's name and after their tweets accordingly.

The company also announced deeper integration with the Foursquare and Gowalla location-based services, an API which lets developers integrate Twitter Places into applications, and support for more browsers.

According to web information site Alexa, Twitter is now the world's 11th most visited website, reaching around seven percent of the world's internet users.

The U.S. accounts for nearly a third of Twitter's traffic. Australia accounts for 1.7 percent, and according to information services company Experian Hitwise, almost 20 percent of all Australian internet users were visiting Twitter.com in October 2009.

With the Government's newly established Web 2.0 focus, agencies such as the Department of Finance are encouraging employees to use the site "appropriately".

Users had already posted hundreds of Tweets to the hashtag in the lead up to the 11.15am debate.