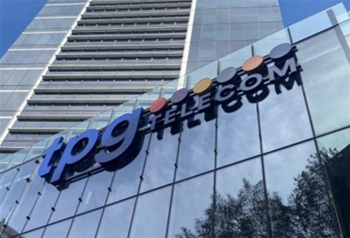 TPG Telecom is seeing “rapid early growth” in NBN alternatives, with the number of 4G home wireless customers more than tripling in the first half of 2021.

The telco provided the update in its half-year results as its plan to improve fixed broadband margins through growing its on-net products gains momentum.

It has previously estimated that it can save around $50 million a year for every 100,000 customers it can entice off the NBN and onto its own network infrastructure.

Taken together, TPG's total fixed broadband customer base increased by 23,000 to 2.2 million.

“We have had a strong start in bringing more customers onto our own infrastructure, while maintaining a strong NBN market share,” CEO Iñaki Berroeta told analysts on Friday.

He put some of the “rapid early growth in NBN alternatives” down to 4G home wireless, with the number of customers tripling in the first six months of the year.

TPG has also seen a further 17,000 on-net subscribers in the first six weeks of the second half of 2021.

“Following a strong strategy in the first half, we continue to see rapid growth, with 17,000 home wireless net apps in the first six weeks on the second half,” Berroeta said.

“This has been boosted by the launch of home wireless under the TPG brand just last month.”

Berroeta also said TPG was on track to exceed its initial 5G rollout targets for 2021, with a four additional regions expected to 85 percent coverage by the end of 2021.

It is now planning to deliver 5G to 85 percent of the population in the Gold Coast and Sunshine Coast in Queensland and the Central Coast and Wollongong in NSW.

This is in addition to the country’s six largest cities of Sydney, Melbourne, Brisbane, Adelaide, Perth and Canberra announced last year.

TPG said the 5G network was currently serving more than 750,000 devices across more than 700 suburbs in Australia.

It is currently adding around 100 5G sites per month, and expects 1000 5G sites to be deployed by the end of the year.

Postpaid and prepaid mobile subscribers continued to decline during the first half, which TPG put down to Covid-19’s impact on international travellers.

TPG also used its half-yearly result to announce a strategic review of its telecommunications towers.

“The company operates a mobile network of 5800 rooftops and towers, and own the passive infrastructure on around 1200 of those sites.

“The majority of those 1200 sites are in metro areas and have a high average tenancy ratio.”

“Demand for telecommunications infrastructure assets is strong, and TPG Telecom has commenced this review to obtain a preliminary market assessment.”

TPG said revenue fell on a pro forma basis by 3 percent to $2.63 billion.