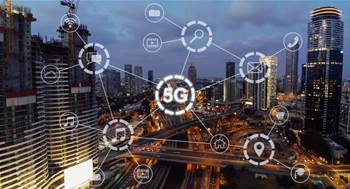 To its own fixed wireless or fixed-line services.

TPG Telecom has estimated it could save around $50 million a year for every 100,000 customers it can entice off the NBN and onto its own network infrastructure.

The telco provided the estimate in its full-year results, in which it outlined an intention to “bring NBN customers onto 5G fixed wireless services” or other “on-net” products in 2021.

TPG said it is “on track to begin offering 5G fixed wireless services in 1H21” and that it also “continues to invest in [its] fibre-to-the-basement, hybrid fibre coaxial and VDSL networks”.

“Bringing more customers onto [its] infrastructure” would help the company to “drive growth” in 2021, it said.

It went on to describe the “on-net fixed service opportunity” as “significant”.

“Successful migration of every 100,000 NBN customers back onto on-net infrastructure represents [around] $50 million per annum savings,” TPG Telecom said in its slide deck.

The savings amount is based on an average wholesale cost per user of $45 a month to have them connected to the NBN.

"We are especially excited to start offering 5G fixed wireless services to customers in the first half of 2021.

"We’re currently testing services to ensure we deliver an exceptional product to customers.

"Our 4G fixed wireless services which are already offered on Vodafone will be expanded to TPG and iiNet, and we continue to invest in and maximise the value from our [fixed-line assets]."

Berroeta told analysts that the initial targets for fixed wireless would be NBN customers on its lowest speed tiers, such as 12/1 Mbps.

"We are looking at fixed wireless maybe as an opportunity on the plans that are in the 12 Mbps band," he said, adding that they could be served with fixed wireless on either 4G or 5G.

Berroeta said the 5G option had plenty of built-in capacity to handle an influx of NBN customers.

TPG is building a Nokia-based 5G network after the government banned its 4G equipment supplier Huawei from all 5G networks.

"We have in a way been forced to put in brand new equipment which allows us to use equipment that will improve the total capacity of our spectral holdings, which basically tells you that the capacity we have is ample and that is why we believe that fixed wireless is a big opportunity for us," Berroeta said.

"There is plenty of capacity especially if you consider the type of products that fixed wireless is going to be replacing.

"We’re talking about products like NBN 12/1 Mbps with fairly limited contention ratios. At the end of the day we’re not talking about really high speed products here, so the pressure they put on the spectrum is limited.

"So far we have a few thousand customers on this product. In the Vodafone brand we are doing a number of user-friendly trials; on other brands, I’m sure you will see a bit more on our 5G product before we launch it."

With short-term price rises on the cards, and substantive changes to NBN Co’s pricing structure being delayed until at least FY24, it appears that TPG will not wait for a change.

NBN Co continues to express confidence that its services will be more attractive than emerging 5G fixed wireless products, asking regulators for a regular speed comparison that can be made public.

TPG said it faced another year of “margin erosion due to the NBN”, which it attributed to the final push in the DSL to NBN migration, and the loss of voice services.

It is a similar story across the telco sector this results season.

Vocus yesterday reported a drop in average margin per NBN user, even though revenue from NBN customers rose.

Telstra, meanwhile, renewed calls of its own to rein in NBN prices, with CEO Andrew Penn predicting that wholesale prices in the back half of this decade could eclipse current retail prices.